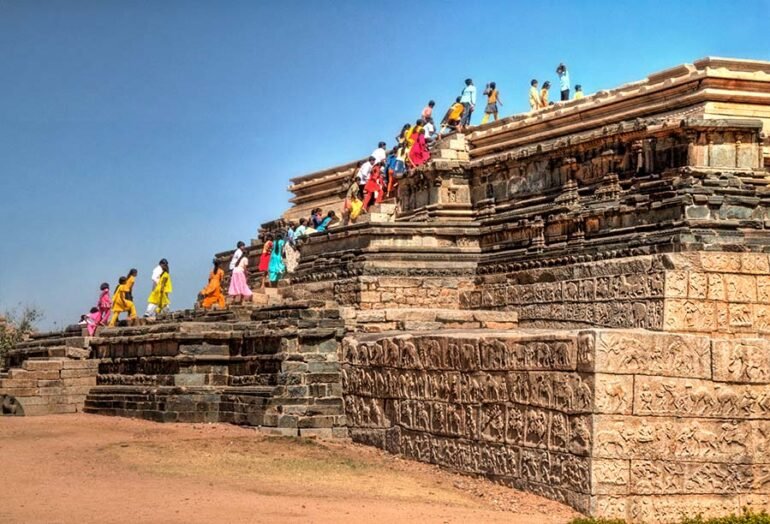 The Archaeological Survey Of India has laid down the plans and intention to have a large-scale excavation done at the UNESCO recognIzed World Heritage site, Hampi. It is expected to be the largest excavation that has been done in the last ten years.

The excavation is expected to take place in the surroundings of ‘Pan Supari Bazaar‘ and ‘Hazara Rama Temple‘. The place chosen for excavation has been recognized as the King’s personal space, where many important monuments like Maharaja’s Palace, Temples, Hidden Paths, Pushkarnis of distinctive design, Mahanavami Dibba, Queen’s Bath.

Recently, traces of a pipeline with a large network of water have also been discovered. Some of the carvings were also found many yeras ago.

In 1980, there were some rare carvings in the surroundings of Pan Supari Bazaar, Those carvings are now being preserved in the museum. The place is of special importance as there are many monuments in the locality. Excavations will further enhance the history of the Vijayanagara Empire.

“A meeting has already been held regarding this excavation. Senior officials of the department have also inspected the fields. Oral consent has been obtained for the proposed excavation. The necessary preparations being done, the excavation involves a whole process of recording video, photographs, sketches, and details”, said P. Kalimuthu, Deputy superintendent of Hampi.