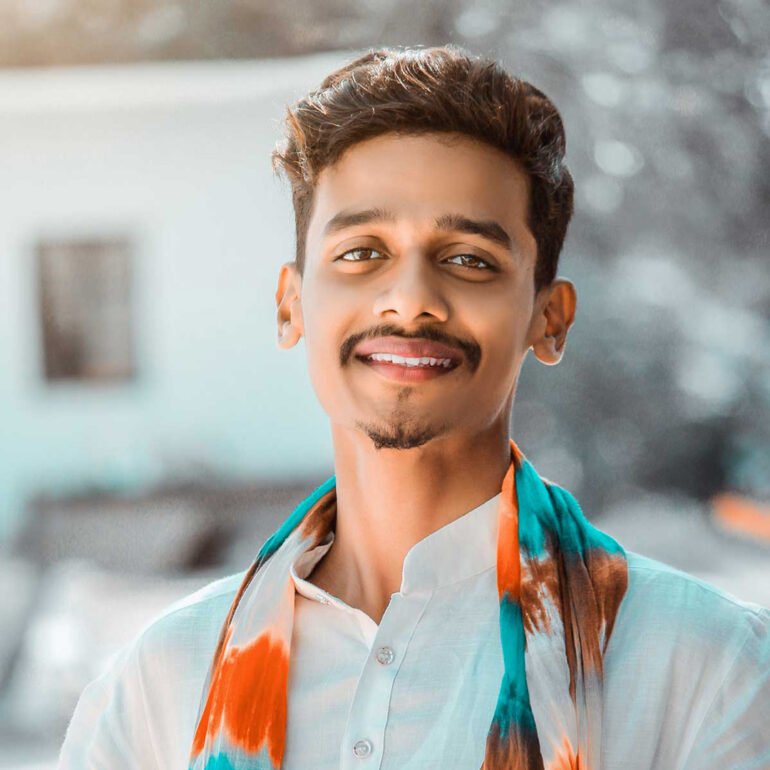 Mohammed Umar, a 24 years old model, Freelancer, Youtuber, Actor, and a social worker has gained popularity in no time into various fields. He belongs to the Ballari district of Karnataka and has done commendable works that are noteworthy and are recognized by several news publishing platforms like Hindustan Times, International Business Times, The Statesman, and also recognized by Google and other websites.

He has helped the needy during the nationwide lockdown that began back in March 2020, by distributing essential utility kits and food packets. In addition to that, he has also donated face masks and hand sanitizers to the people living near the Ballari district Bus-stand and railway station.

“The true sign of an artist lies in his art. I want to improve my craft as an actor and then work on my looks. Nowadays, we have witnessed that content is king and people want to watch relevant shows and films and not the mainstream cinema. Many actors while preparing themselves, first work on their looks but I am grooming my talent to improve my craft.”

Mohammed Umar is just another person who believes that looks come second in the list of priorities, whereas, the skills and expressing oneself on the screen still tops the list. He is one of the rarest people who are trying to promote ‘the breaking of the stereotype in this industry’. He has done his debut film named “Call me if you need blood”, which grasped over 1 Lakh views since 2016 when it was released.

He loves to collaborate with influencers and content creators to create some impactful videos. Apart from this, Mohammed Umar has a longing dream to work in a web series or Bollywood film. He has a wide range of future plans coming his way, in the field of acting. He has been looking forward to his new movie named ‘The Dark Mirror’, which is a horror-thriller and possibly is soon expected to air on Netflix.

When asked about what he wants to change in this world if he were given the power, He happens to say that he wants the unemployment to be rooted out of the society, and everyone who’s got talent could be employed, immaterial of their academic numbers. He also decides to choose wisdom over money and answers this in a very humane way.

A Graduation drop-out who decides to change the stigma over the ‘Qualification is important over one’s Interests’, moves forward by inspiring hundreds and thousands of people, who read his journey of struggle to reach ultimate heights. A person who strongly believes in ‘grow and let grow’, he wants to change the world for good.

An Influencer turned actor has also been selected as ‘Mr. Ballari 2020’ recently by an Instagram platform named ‘Bellarymerijaan‘ based on a contest in which most of the citizens of Ballari had participated and he was then declared the winner based upon by the maximum number of likes and other factors on social media platforms. Recently many local news portals have also published about his recent achievement as “Mr Ballari” of the Ballari district.

At the same time has also been recently crowned so at an event held in Ballari to honour the COVID frontline warriors. He also proudly claims to have served the poor migrant workers who came walking to their hometown Ballari from various places during the lockdown.

We wish him all luck for his future endeavours.

If you are someone who has done any kind of commendable work that has to be known by the people out there, or if you know someone whose work needs appreciation, Please contact us
Hospet.online is here delivering your stories to the people who are belonging to places in and around Hosapete.