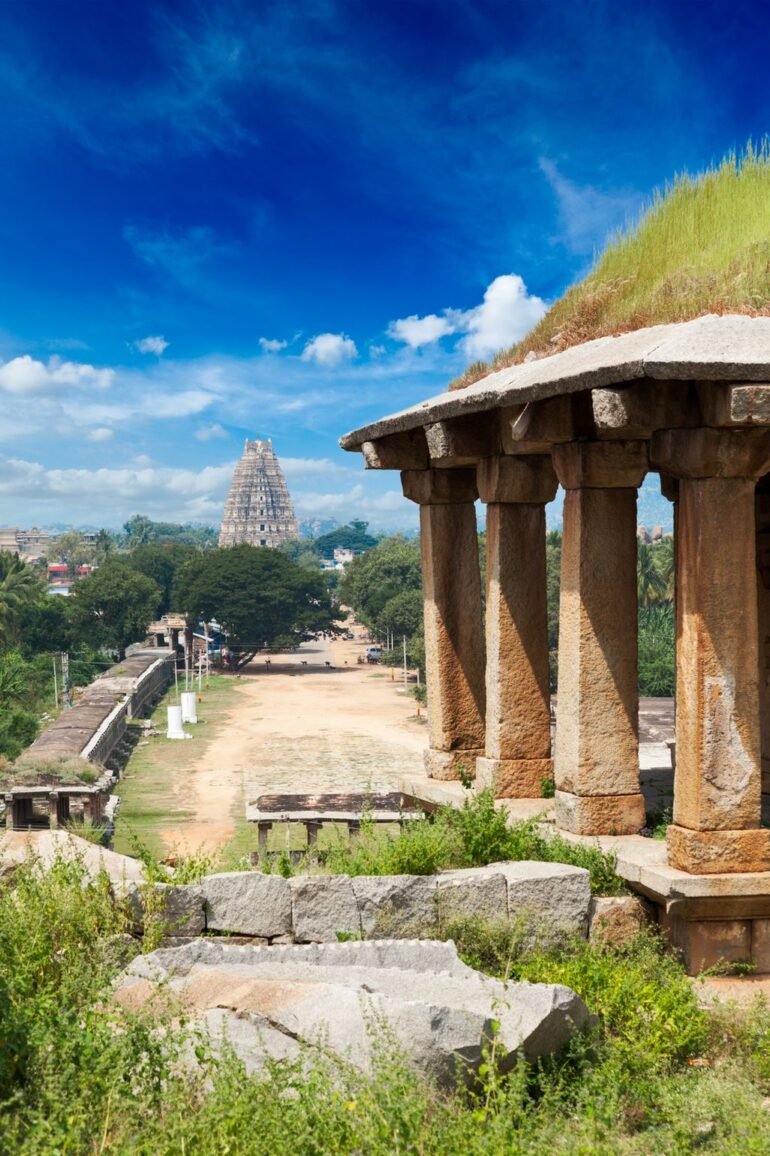 Stone doors Hampi are notable and popular remnants of the Vijayanagara era. Currently, these doors are neither attached to any structure of Hampi nor they are in use. Yet, they gain the attention of visitors. Not just these stone doors but every structure of Hampi is so impressive till now.

The stone doors of Hampi used to be a major element of Royal Enclosure. Just like the royal enclosure these doors are also destroyed and are in ruins now. The Royal Enclosure of Hampi has several different structures. One of the reasons to build it was to protect the core of the Vijayanagara Empire. These giant stone doors proved to be extremely helpful during that era.

The strength of those pillars makes them still lie in Hampi, although as a ruined structure. The Royal Enclosure needs protection as the royal families of the Vijayanagara Empire resided in that area. This enclosure was covered in an area of around 58,000 square meters. This place was well-secured and highly guarded during that time.

The history of Hampi and its structure is quite interesting. The details of every structure inspire people till now. There are 3 entrances to the area protected by a double wall. The first entrance was on the western side and the rest were on the northern side.

According to legends, every entrance of this area had giant doorways. This served as protection for that area. The first entrance was on the Northern side and was constructed near the famous platform of the Royal Enclosure, that is Mahanavami Dibba. The stone doors of Hampi were part of this entrance.

Now you can see those doors lying on the ground at a little distance from Mahanavami Dibba.

These excellently carved doors of Hampi show the craftsman skills of the workers of the Vijayanagar Empire. Two giant boulders were used to carve these stone doors. In order to protect the Royal Enclosure of Hampi.

The strength of these doors can be estimated by looking at the pivot shafts and bolts that are attached to these doors till now.

As mentioned earlier, the stone doors are completely in the ruins now. You will see them lying on the ground against a wall.  By looking at them no one can estimate that they used to be so significant during the Vijayanagar Empire. The beauty, the details of their structure, and their giant impressive size can still be noticed.

These doors are an attraction for visitors because of their engravings. Both the sides of door have engravings that attract visitors to this remnant of the Vijayanagara era.

How To Reach The Stone Doors, Hampi

The Royal Enclosure is one of the popular areas of Hampi. Although it is totally destroyed, visitors still like to visit here. They spend their time observing the beauty of architecture and the structure of different buildings. You can spot the stone doors in the Royal Enclosure. The Royal enclosure is extremely big and difficult to cover in a short time.

So it is better to visit Royal Enclosure in the morning. You can rent a bicycle within the royal enclosure. A bicycle will help you to save your energy from walking because it is a big area to cover.

So, this is about the stone doors of Hampi. Although it is a small thing to notice, within such a big place. But for history and Hampi lovers, small details matter. Hampi is a UNESCO world site and attracts thousands of visitors. 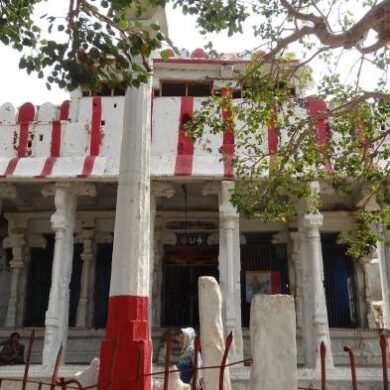 Kondandarama Temple- One Of The Bygone Living Shrines Of Hampi
error: