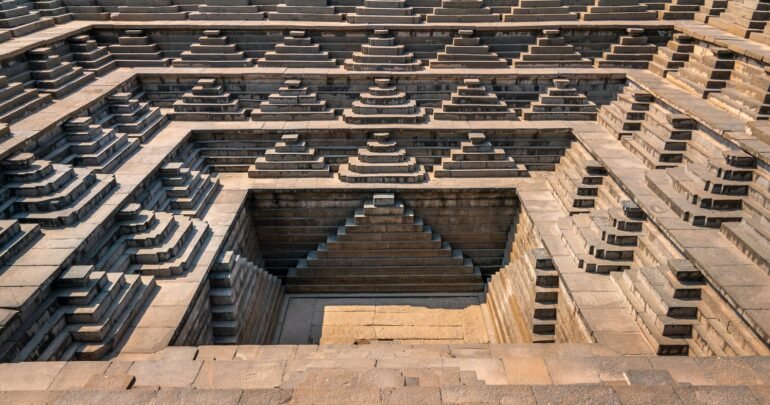 Royal Enclosure used to be one of the important places in Hampi during the Vijayanagara era. It is the house of around 45 remarkable buildings that includes a platform, a durbar hall, underground chambers, tanks, and temples. The royal enclosure has 3 entrances 1 on the west and the other 2 on the north side.

With the touch of Mughal influence, this place is a symbol of the Vijayanagara style. This building is constructed with the abundant use of soapstone and granite. All the buildings inside the royal enclosure face either in the east or the north direction. The platforms are made up of granite and are decorated with geese, flowers, human and elephant figures, demon faces, and many more creatures.

Although the palaces are not standing today the ruins say it all. The structure of the dome was built using a mixture of mortar and stone rubble. Other places that have similar architecture are the Lotus Mahal, elephant stables, and watch towers.

This royal enclosure has been compared to a museum. Besides offering a glimpse of what kind of life Vijayanagara rulers lived here, this place showcases the excellent architecture of the Vijayanagara era. This place is ruined because of destruction, wars, and the forces of man and nature. Some remarkable structures of the Royal Enclosure are:-

It is 8 meters high and has 3 tiered platforms. It is the only platform that has stood for centuries. This platform stands in the northeast part of the royal enclosure. The stairs lead to the west, east, and south and face directions.

Every tier of this platform features sculpted moldings that explain the day-to-day lifestyle of that period. This platform is called by this name as these platforms were used during the Navami celebrations. The remains of the pillar bases show that in the center there was a pavilion.

In the royal enclosure, a network of aqueducts is there which connects more than 20 ponds and wells with stone pipes. Some sections of that aqueduct deliver water to date. The most significant aqueduct towards the northern side of the river is Bukka’s Aqueduct.

This chamber is between the stepped tank and the Durbar hall. According to some sources, rulers of Vijayanagara held their discussions in the chamber.

This place is known by different names such as 100 pillared halls or King’s audience hall. It is one of the oldest places but unfortunately, it is in ruins now. The beauty of this hall is now lost in ruins but still, it is a major attraction for visitors inside the royal enclosure.

At present only the platforms made up of stones are left where buildings and palaces used to stand. Most of its structure was prepared with wood which is comparatively easier to get destroyed than in other places in Hampi. Although it may look like a vacant area initially when you look closely at the details of the ruins and the whole area there will be different unique relics and details.

How One Can Reach The Royal Enclosure

You must take enough time to visit here. It’s better to hire a bicycle to explore the enclosure which will save you walking time. This place remains open every day for visitors from 9 – 5.30 in the evening.

Note: make sure to wear comfortable and light footwear and take enough water with you. You are going to need it after walking or cycling to explore this huge area.

This is all about the royal enclosure, it used to be a beautiful place. But now its structure is ruined yet you can spend a good time here. There are different palaces and other great structures built inside the royal enclosure that you must explore. 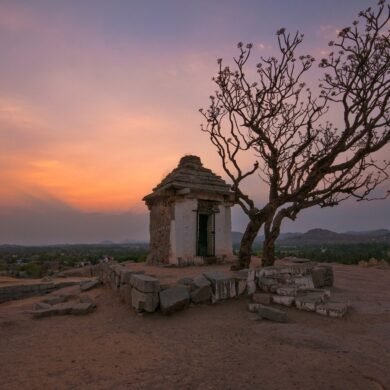