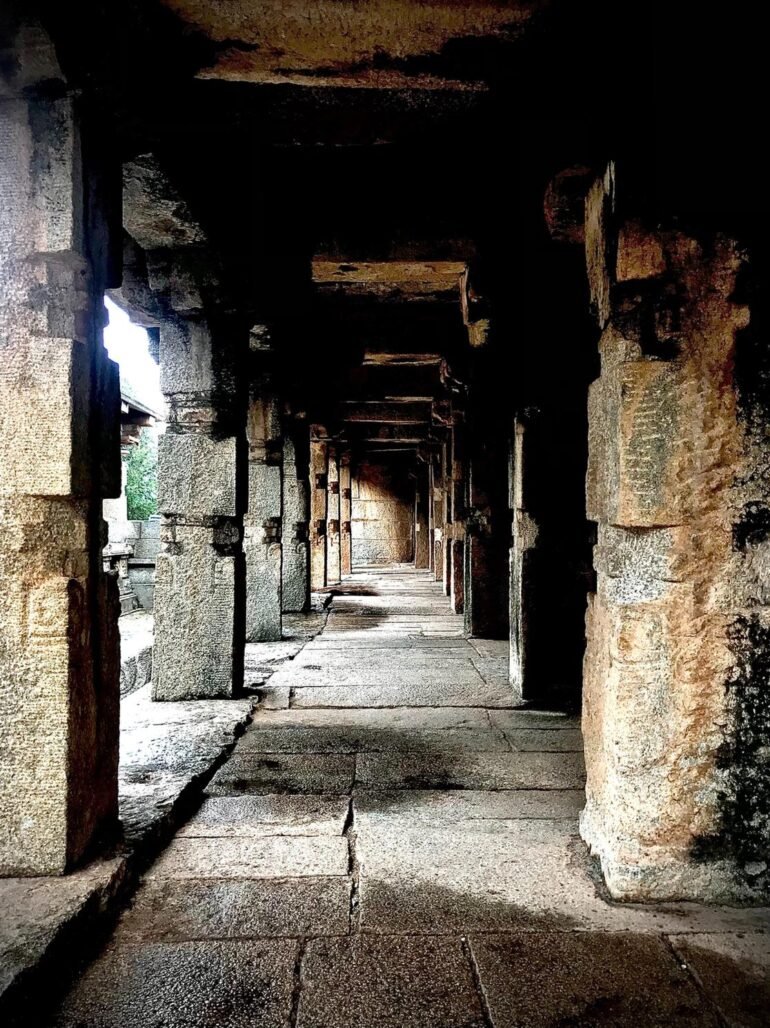 This Audience Hall is a building that was used by the Vijayanagara King. It is popular by the name King’s Audience Hall. This hall is situated in the Royal Enclosure of Hampi. This is another ruined structure that represents Hampi Archaeological Ruins. The remnants of this structure can be noticed on the Mahanavamis Dibba western side.

This building was perfect for the use of the royal kings of the Vijayanagara Empire. This building was earlier used as the King’s Court. The ruins of this place are an attraction of visitors to date.

Some Facts About Audience Hall

This hall remains open from 8 in the morning to 6 in the evening every day.

It is free to visit here

You are allowed to capture photos of this amazing structure

It is better to visit Hampi in the winter months, from November to February

This hall was constructed during the Vijayanagara era. In this hall, the king used to meet the people and hear their grievances. This hall is also called by its other name Durbar Hall of the King of Vijayanagara.

According to a popular historian Abdur Razzak, this hall was one of the spectacular buildings during the reign of Devaraya II. Abdur Razzak visited Hampi at that time. According to resources, some noblemen attended the meeting of the king’s court of Vijayanagara that was held in this Durbar Hall.

These noblemen visit far and near places. Outside the premises of this hall, a huge stone tough was constructed. This indicates that this area of the Durbar hall was used to drink and store water for the noblemen’s horses who attended the meeting.

The remnants of this hall reveal that it was a big building. The ruined structure of this darbar includes some fragments of pillar sockets and bases. An amazing fact to count is that this hall has 100 pillars. This fact was proved by the sockets of pillars found in the ruins. That’s why this hall was called 100 pillared halls.

These sockets were arranged in a pattern of the array of 10 x 10 on the platform of this huge building. These fragmented pieces in the ruins once actually made the structure of this building remarkable.

This hall was constructed using big rocks and wood. Its structure includes a stone stairway which suggests that this building might be 2 storied. Most of the building was built with wood. There were many pillars before this place was ruined and these pillars were carved using sandalwood trees.

Some sources reveal that this building was ruined because of a fire in 1565 A.D. when Mughal attackers raid on Hampi. The remnants of this Audience hall provide the details of architecture and carvings with which the hall was decorated.

A few ruins of the high platform are also there. These platform ruins are used to watch the surroundings till now. It is not wrong to assume that this platform was built to see the other structure present in the Royal Enclosure.

The front side of this hall is enclosed and a large area leads to another famous structure, Mahanavami Dibba. In this area, some public festivities used to be organized during the best days of the Vijayanagara Empire.

This is one of the destroyed structures of Hampi. Various forces of nature and man resulted in ruining its structure. The beautiful structure has ceased and doesn’t exist anymore for many centuries. Only the base, stairways, and a few ruined platforms were left which offers an idea about how beautiful this hall used to be.

These remnants attract various visitors every year till now. It’s been over 500 years since the structure of this building was destroyed.

How One Can Reach The Audience Hall

This hall is one of the attractions of Hampi’s Royal Enclosure. You can easily reach this place by any vehicle. This place is ruined but it is one of the oldest structures so you should observe the details of the remnants to imagine the beauty of this place in the Vijayanagara Era.

This structure is quite impressive and attractive. You should visit here once when you visit Hampi to learn more about the history of Hampi. If the structure of this hall will be restored then it will again add wonders to its beauty 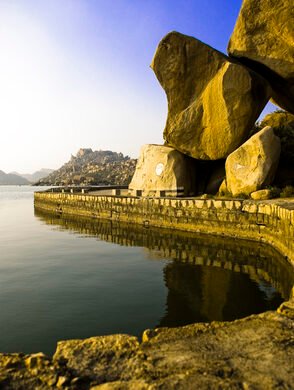 10 Fun Things To Do In Hampi