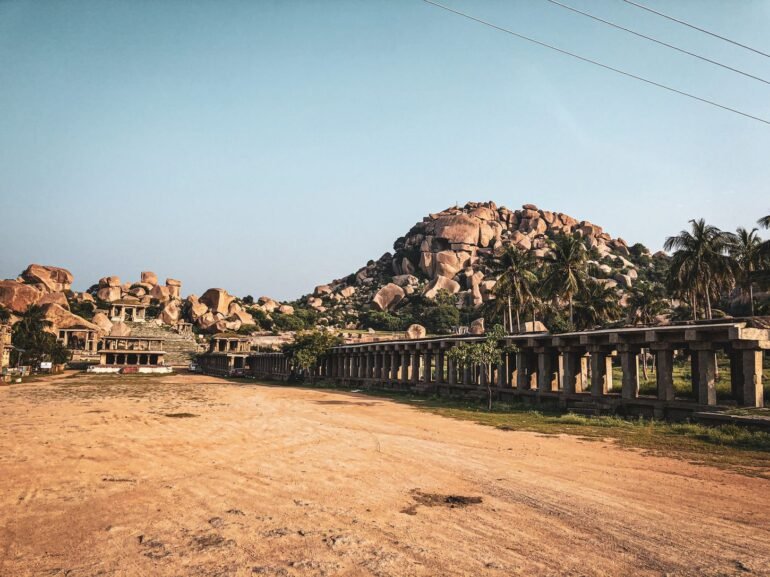 It was one of the unique attractions of Hampi. Hampi Flea Market used to be located in front of the famous Virupaksha Temple. This market was expanded over one kilometer. During the days of the Vijayanagara Empire, this place grew into a market and became famous as Hampi Bazaar.

Although this bazaar has lost its significance and sheen still it was very popular among visitors. But this bazaar is permanently closed now.

Some Facts About Hampi Flea Market

This bazaar used to remain open every day of the week. Starts from 6:00 in the morning to 11:00 at night. But this market is now permanently closed.

It was free to explore this market.

It is allowed to capture photos here

It depends upon your interest. Although 1 – 2 hours are enough to explore the market

You should visit Hampi in the winter season

This bazaar was the center of trade. It was a planned market area. There are a series of pavilions with an organized structure. Some pavilions had 2 stories. This area is surrounded by the residence of various rich people of that era. This market catered to the demands of the general masses and rich families as well. Now just a shadow of its originality left.

Hampi Bazaar As It Stands Today

This Hampi Bazaar was also famous as the Virupaksha Bazaar. This market was not as attractive as it used to be earlier. Although you can still see the pavilions lining both sides of the street. On the west side of the street, there are a few shopkeepers and restaurants.

On the east side of this street poor villagers are settled down. Beside this Nandi bull statue standing there. A pavilion near this bull serves as a photo gallery. It has unique and old images of Hampi that were captured by a well-known photographer named Alexander Greenlaw. This gallery is a major attraction for photography lovers. Visitors can explore this place for free.

At Hampi bazaar, visitors can enjoy shopping. In ancient times international merchants sold various stuff to the public that included jewelry, stones, and silk clothes. At this market animals such as horses and cows were traded.

Later, items like traditional costumes, stone figurines, colorful bags, antique coins, embroidered textiles and shawls, handicrafts, carved artifacts, clay dolls, and so on. The replica of the ruins of Hampi was one of the most unique things found at the Hampi bazaar.

Hampi Bazaar During The Hampi Utsav

Hampi bazaar offers a vibrant look at the time of Hampi Utsav. This bazaar has become one of the best places in Hampi. Hampi Utsav is organized during November every year. Hampi bazaar becomes the center of attraction during this festive season.

Numerous people visit to enjoy the festival and hence the public at this marketplace increases by a huge number. So this used to be a beautiful and amazing place to explore but unfortunately, it is closed now.

Hampi bazaar was one of the most attractive places for visitors. But it is now closed because of some reasons. This was the most controversial topic, especially among locals. Yet you must learn about this to understand the culture and greatness of Hampi. This market is also called as Hampi Flea Market. You can still enjoy a glimpse of this market by communicating with locals. 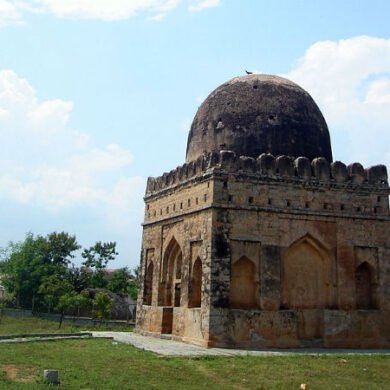