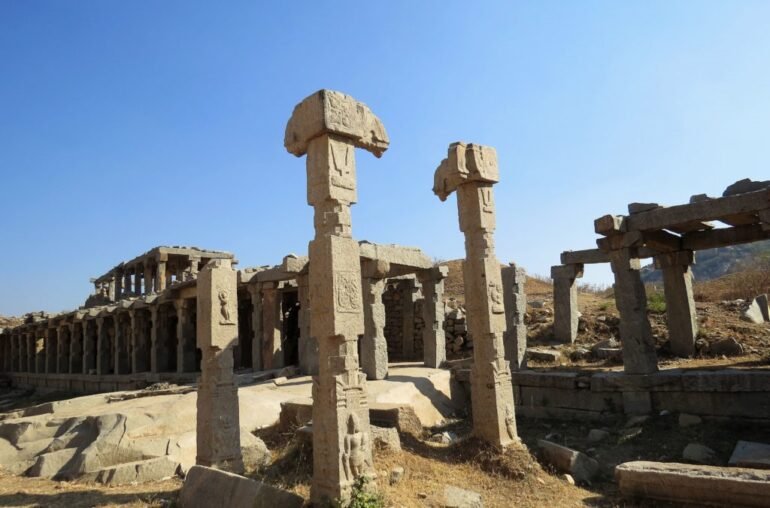 Kampa Bhupa’s Path is a trek route in Hampi which is famous for its rocky terrain pathway. The route starts from Hampi Bazaar and ends near the famous Vittala Temple.

This is a location in the ruins of Hampi which is mostly visited by enthusiasts who want to explore this rocky route in Hampi. The distance of the route is approximately 2 Kilometers which requires around 45 minutes to complete by walking. It is one of the most fascinating trek routes in Hampi which takes a tourist along a trail that is filled with several astonishing structures and monuments present in its vicinity.

What’s Special About This Trek Route

Kampa Bhupa’s Path is not as simple as any trek route in Hampi. It’s a trek which doesn’t involve any climbing but can be covered by walking. The significance of this amazing trek route is that this route being a trail for the tourists which takes one along a rocky and boulder-strewn terrain provides one an ample view of the surroundings and allows one to peep into the 500-year-old historical structures and ruins of Hampi.

Visitors must avoid any kind of vehicle onto this route as it may be highly dangerous for them as the rocky terrain may cause harm.

How To Cover Kampa Bhupa’s Path

The starting point to reach the Kampa Bhupa’s Path starts from the Virupaksha temple as from the famous temple one has to move towards the Monolithic Bull which is located near the Hampi Bazaar. As a visitor reaches the statues he could find a pathway that moves towards the left of the road. A few meters down this road one reaches the spot from where the boulder-strewn trek route starts.

As a tourist starts his way on the trail the first major attraction that he can see is the Kodanda Rama Temple, there’s also a coracle ferry spot and a bathing ghat in this area. One can walk for a while around this area and view some adjacent areas that contain a few small shrines and ruined structures.

After moving further one reaches a sandy terrain near which the famous Achyuta Raya Temple is located. Ruins of the Soolai Bazaar and Courtesans Street is spread out in front of the temple.

On moving further one reaches the Varaha Temple and by taking a let detour from the path and moving towards the river one would reach the riverside ruins which is a famous area known for its fascinating ruins, It is a place which is known for its arrays of Shiva Lingas, One of the arrays here have 108 Lingas while another bigger has 1008 Lingas which are carved on a rocky surface. A temple named Rangatha Temple is also situated at a little distance from this location.

Passing through the path again one reaches the Two Storied Gateway and then the track moves towards the King’s Balance which is an interesting remnant of the Vijayanagara Empire. Finally, the Kampa Bhupa’s Path reaches the end where lies the star attraction of Hampi, the Vittala Temple.

Covering the trek without any diversion would require 45 minutes of walking, Usually, the time duration for completing the trek increases only because most of the visitors spend much time exploring the ruins and temples found along the trail. 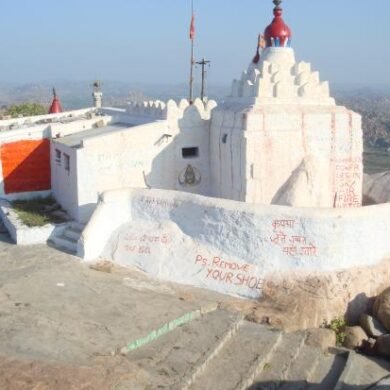