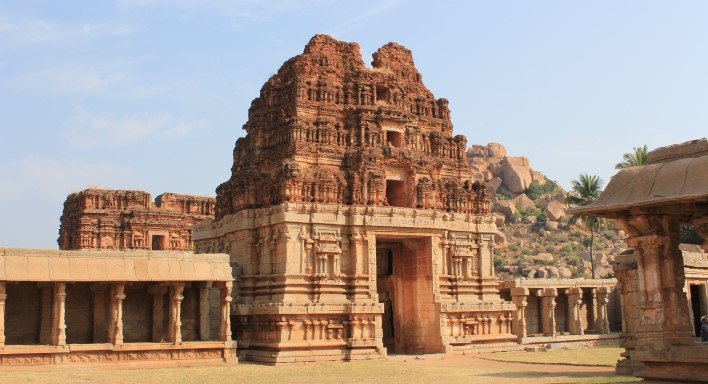 Achyuta Raya Temple is one of the most astonishing temples in Hampi which is located between the Gandhamadana and Matanga Hills. This temple is also considered among one of the last temples which were constructed in Hampi prior to the decline of the Vijayanagara Empire. This magnificent temple depicts the architectural style of the Vijayanagara craftmanship in the most improved form.

The Achyuta Raya temple was been built in 1534 AD during the rule of the emperor Achyuta Deva Raya. The emperor had come to power at the time by succeeding his brother Krishna Deva Raya.

The temple is devoted to Lord Tiruvegalanatha who was a configuration of Lord Vishnu. While most parts of the temple and its surrounding structures are in ruins the temple has still managed to withstand much of the ravages of time, weather, and colonization, and even today its magnificence and grandiosity are undeniable.

The temple consists of a sabhamandapa, garbhagriha, mahasabhamandapa, antarala, kalyana mandapa, shrines, etc. All of these are enclosed in two prakaras one within another. The main principle shrine of the temple is located in the center of a pair of rectangular concentric enclosures. The sculptures of this temple exhibit great workmanship. The bass-reliefs of a combination of bull and elephant drive our attention.

The pillars, in general, are neatly executed with beautifully carved sculptures of gods and goddesses. Also In front of the temples complex are some pillared mandapas, which had markets, or bazaars where traders used to sell pearls and other precious stones. A lot of foreign travelers have graphically described this pearl bazaar of the type which didn’t exist anywhere in the world except Hampi which is considered as the glory of the Vijayanagara Empire. 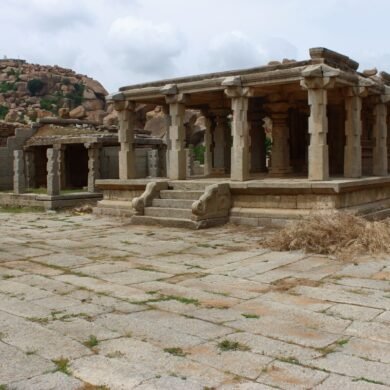 Varaha Temple – Untold Story Of The Temple In The Ruins Of Hampi
error: