Myth Or History Of Vijayanagara? Riveting Story Of A Hare Chasing Hound 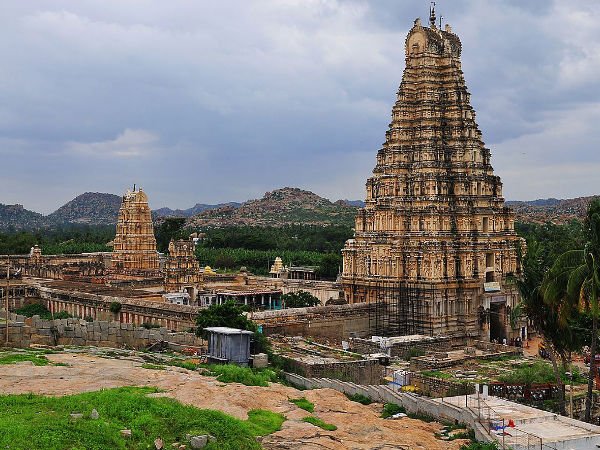 Vijayanagara, a forgotten empire, As you skim towards the older pages of history, it appears as if history often gives ways to folklore (traditional beliefs) and then deftly glides into mythology.

The typical versions of Hampi’s history starts with popular folklore (traditional beliefs). Two local chieftains (leaders of people or clan), Hakka & Bukka of Sangama dynasty, report to their Guru an unusual sight they saw during a hunting expedition. A hare chased by their hound suddenly turns courageous and starts chasing back the hound.

Vidyaranya, the guru, tells them that the place is so special and asks them to establish their local Capital at this place. The seed of the Vijayanagara empire was sown.
Over the next 200 plus years (1336 AD – 1565 AD) four dynasties ruled Vijayanagar.

The history of Vijayanagara had been a saga of resistance against the northern Sultanates as well as the building of its spectacular capital in Hampi. It lasted until 1646, although its power declined after a major military defeat in the Battle of Talikota in 1565 by the combined armies of Deccan sultanates

Domingo Paes, a Portuguese horse trader, who visited Hampi during its heydays wrote in a letter (most likely to João de Barros, the famous Portuguese historian). Other important European travelers who came to Vijayanagara were; Fernao Nunes and Niccolo Da Conti.

“The size of this city I do not write here, because it cannot all be seen from any one spot, but I climbed a hill (most likely the Matanga Hill) whence I could see a great part of it. I could not see it all because it lies between several ranges of hills. What I saw from thence seemed to be as large as Rome, and very beautiful to the sight; there are many groves of trees within it, in the gardens of the houses, and many conduits of water which flow into the midst of it, and in places there are lakes and the king has close to his palace a palm-grove and other rich-bearing fruit-trees.

Below the Moorish quarter is a little river, and on this side are many orchards and gardens with many fruit trees, for the most part mangoes and areca-palms and jack-trees, and also many lime and orange trees, growing so closely one to another that it appears like a thick forest; and there are also white grapes. All the water which is in the city comes from the two tanks of which I have spoken, outside the first enclosing wall.”

The capital was one major trading center. Anything from horses to gems was traded in Hampi. Art and architecture found its special place in Hampi. The rulers were great patrons of art and religion. Most of the kings, associated their names with their favorite gods. Some of the kings were renowned for their ambitious projects.

King Krishnadeva Raya (1509-1529 AD) of the Tuluva Dynasty stands tall among the rest. During his regime, the empire was at its zenith. By this time the Vijayanagara Empire covered the whole of south India and beyond. The Krishna Temple that you can visit in Hampi was commissioned by him to commemorate the victory over the Gajapathi kings of Utkala (in present-day Orissa state).

The Fall Of Vijayanagara

The warring Deccan Sultanates could finally join together to defeat the Vijayanagara army at Talarikota, a place north of Hampi. Vijayanagara army suffered heavy losses. The capital city was plundered, its population massacred. Treasure hunters ransacked its palaces and temples for months.

Kings lost, capital fell, the population fled, Hampi turned into a ghost city. For centuries Hampi remained a neglected place. This erstwhile metropolitan with more than half a million population slowly turned into a jungle where wild animals roamed freely.

The area came under many kings from time to time with the flow of history. But it was no more considered strategic and hence neglected. During the colonial period, Hampi evoked some curiosity among the western archaeologists. Robert Sewell’s (1845-1925), seminal work aptly titled as A Forgotten Empire Vijayanagar was a major attempt to narrate the empire that was. In 1917 A.H. Longhurst’s Hampi Ruins Described and Illustrated became the first travel guide for the visitors to Hampi. UNESCO’s World Heritage Site was conferred to Hampi in 1986.

Currently Hampi’s monuments – hundreds of them – are popular among tourist destinations, and pilgrims find their peace too. The area is one of the exotic locations for the Bollywood and local film shootings. Jackie Chan’s film “Myth” was shot in the Hampi. 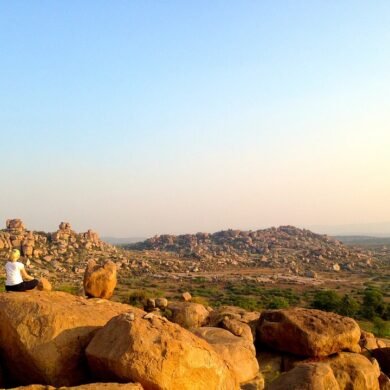 10 Incredible Places To Visit in Hampi