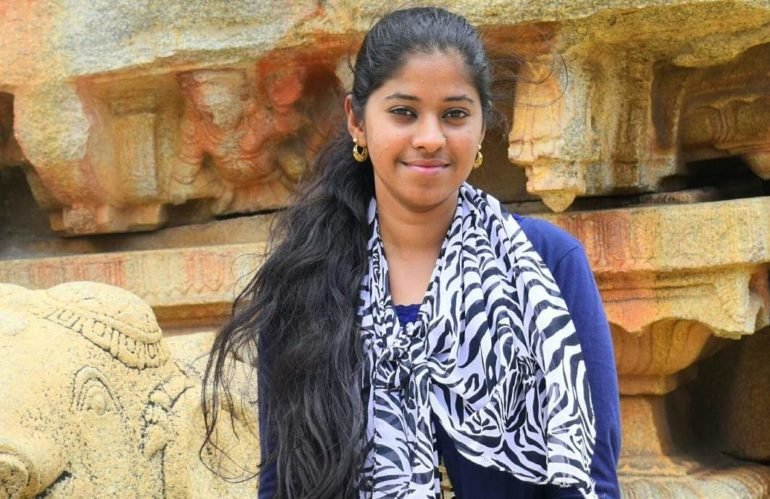 Supritha KN, a PhD researcher takes a special interest in researching the history of the Kannada language and culture. She also discovered a rare motif (a decorative image or design, especially a repeated one forming a pattern) on the hero stone in Chikkamagaluru.

Supritha KN, a PhD researcher from Kalasa in Chikkamagaluru. Recently, on her visit to a temple in Hemmaki, she discovered a hero stone that has a motif of Malla Yuddha or wrestling dating back to 12th century AD. You might feel why it is so important to know about the work she has been doing? Supritha has an answer to this, “We ignore the importance of our places in India and admire historical and famous places from other countries. Therefore, I thought to dedicate myself in researching and finding out some of these rare pieces that contribute to our Kannada history, culture and language.”

Having born and brought up in Kalasa, she chose to write a thesis on the historical and archaeological importance of Kalasa.

“I observed that there was no research work done on Kalasa which was once ruled by the Santara and Bhairarasa dynasties. And I felt that there is a need to tell some of the interesting stories of my town to people. I have already done my part of the research for more than four years and submitted my thesis also.”

Coming back to the hero stone with a motif of wrestling, Supritha claims that it is one of the rare and first motifs found on the hero stone. This 28-year-old researcher, says, “There are a few reasons for considering it as one of the rare pieces. This particular motif is usually found on the stone walls of the temple and not on the hero stones. These stones would only have motifs of warriors who died for people in the war. Hero stones are called as Veeragallu in Kannada. During my four long years of research, I also studied the various stones and the kind of motifs carved during the Kadamba, Vijayanagar and Hoysalas. By looking at the style or the motif carved on this stone, I came to the conclusion that it belongs to the 12th century AD.”

When we asked her some of the details that they usually look at this kind of stones, she says, “We look at what has been carved, height and width of the stone and an inscription if something is written. This rare stone of wrestling that we found recently is 4.7 feet tall and 3.3 feet wide. We can see two wrestlers fighting with each other and it has been depicted in a circular shape. This we refer to as Swastika Malla Bandhan. A part of the stone also shows Apsaras or beautiful women carrying the wrestler in a palanquin to heaven. The other motif continues to show that the wrestler is in heaven.” Does it not sound amazing and curious to know these things? Similarly, Supritha’s curiosity in digging the history of Kalasa is beyond her thesis. She says, “Discovering this stone was not part of my research work at all. It was an initiative that I took during the lockdown time. I will continue to do more of such research once the lockdown is lifted and pandemic subsides.”

What are the other motifs she discovered on her journey
A hero stone dedicated to the hunter who is seen hunting a deer along with his dogs. This is said to be the third hero stone with such a motif found in Karnataka

Another hero stone depicting the sati system. If a warrior or kind died in the war, his wife would also die by jumping in the fire 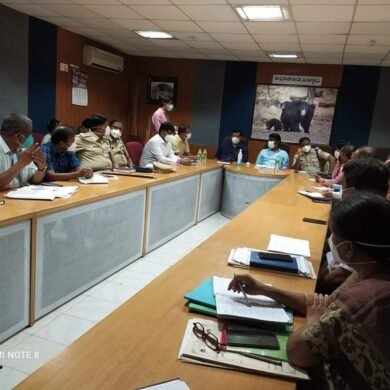