Lectures and a felicitation marked International Women’s Day celebrations in Ballari and Koppal districts on Friday.

At Kannada University, Hampi, Leela Sampige, writer, was of the view that political representation would ensure women’s empowerment. Delivering the Allum Sumangalamma Foundation lecture she expressed concern over gender disparity prevailing since the 12th century.

“As long as resources and opportunities are not equally possessed, there is bound to be gender inequality Around 78% of women are deprived of education as they drop out and an equal number of women are working in agriculture sector. Women sex workers have no identity and no welfare scheme reaches them. The biggest challenge for society is to empower and rehabilitate them,” she observed.

At another celebration by the All India Mahila Samskrutika Sanghatane and All India United Trade Union Congress, Jyoti Patel, gynaecologist, called for men and women to fight against injustice, atrocities against women and other issues women face.

Devadas A., secretary, AIUTUC, said a large section of women working in the unorganised sector were struggling to lead decent lives after the neo-liberal economic policy was adopted in the country. Expressing concern over the exploitation of women appointed on contracts, he urged the government to ensure they got minimum wage.

At Koppal, women who had excelled in sports and a cooking competition, and achievers in various fields were felicitated. 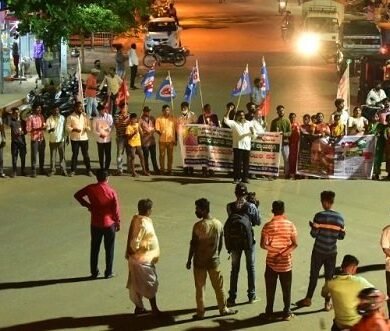