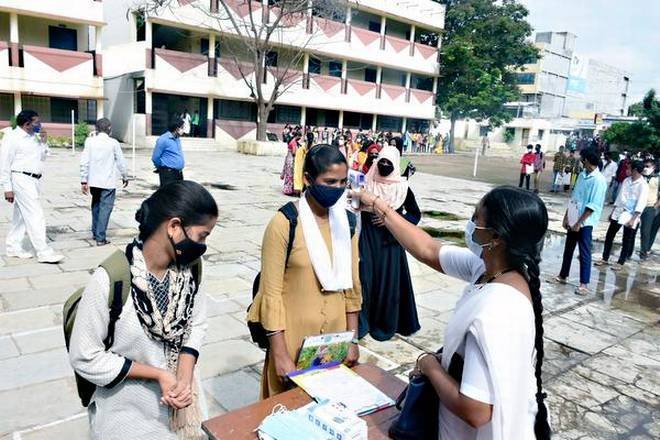 The first day of the SSLC exam went on smoothly without any hindrances amid COVID-19 concerns. The students attempted for their first out of two papers which included subjects of Science, Mathematics, and Social Sciences in Multiple choice question format.

According to the numbers, as many as 42,743 students from Ballari district appeared for the exam across 222 centres established and 624 students remained absent.