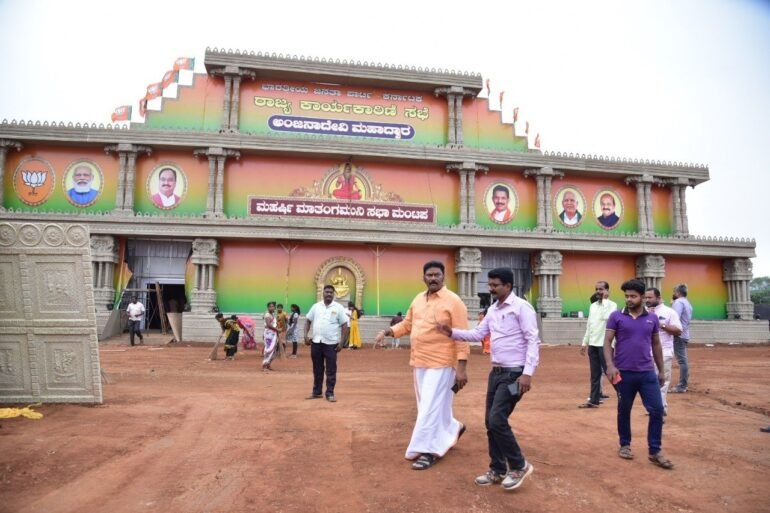 The stage has been prepared for the BJP’s two-day state executive committee meeting, which will begin on Saturday and might serve as a framework for the party’s strategy for the next assembly elections.

Thousands are expected to attend, so police have been called from Bellary, Koppal, and Raichur. Chief Minister Basavaraja Bommai, Home Minister Aaruga Ganendra, and the Z-Plus security arrangement of BJP national president J.D. Nadda would also be present. The meeting venue is accessible by public transportation.

A replica of the stone chariot is built in the reception area.  Now the entrance is made to resemble the musical pillars of the Hampi. Important monuments models can also be seen at the stage and a mini Tungabhadra Reservoir model is also setup across the stage. More than 800 people are expected to be present in the airconditioned hall.

The guests will travel to Kampli at 5 pm and drive to other development projects including Somappa Lake. They will later return to the city at 9 pm and stay for the night. 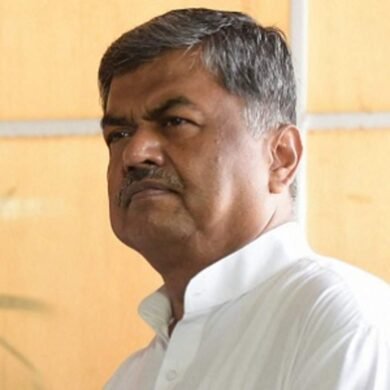