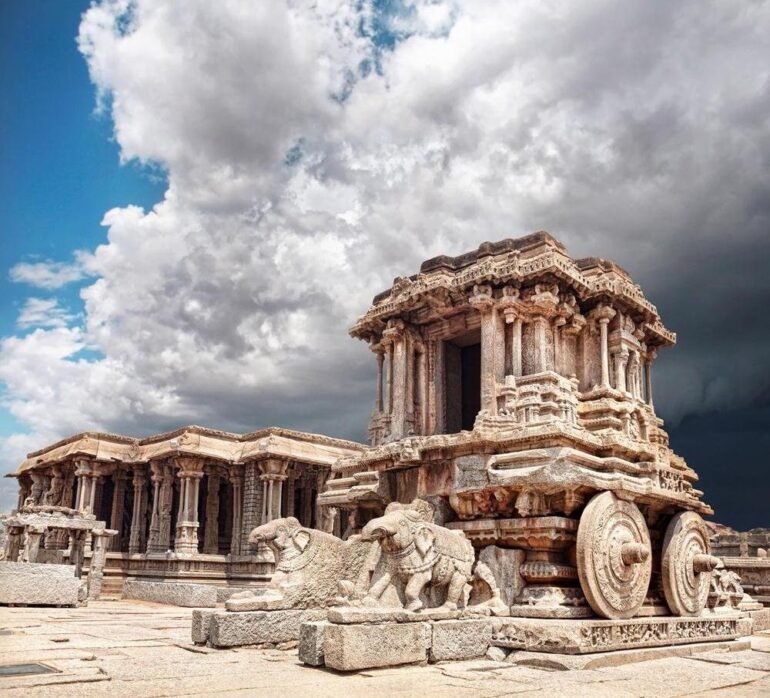 Hampi has one spot which is the most prominent structure which earns the most galore and admiration is the Stone Chariot. It is designated as one of India’s most known archaeological destinations.

The Government of India has printed the chariot on the 50 Rupee Currency Note which shows its significance. The chariot is actually a shrine dedicated to Garuda which is built inside the Vittala Temple complex. The chariot is among the most famous spots in Hampi where thousands of tourists visit daily.

History Of The Stone Chariot

The Stone Chariot was built in 16th century by King Krishnadevaraya of the Vijayanagara Empire. This was build as King Krishnadevaraya had got fascinated with the Konark Sun Temple Chariot while fighting a battle in Odissa. The structure represents the artistic perfection and the beauty of the Vijayanagara Empire. There is a common belief amongst the local villagers that the world would come to a halt when the chariot moves from its place. Its an internationally recognized World Heritage site by the UNESCO.

Architecture Of The Stone Chariot

The Stone Chariots architecture is inspired by the Dravidian style of architecture. The significance of the structure lies in the fact that it looks likes a single structure but it has been built by slabs of granite whose linkages have been hidden with artistic designs. It is a colossal structure which defines the skills of the craftsmen’s and architects. Earlier there were sculptures of horses where presently elephants are sated. Hind legs and tails of the horses could be spotted if noticed properly behind the elephants. Remnants of the ladder in between the elephants are present which the priests used to climb up to the inner sanctum. The structure gives a mesmerizing experience for the visitors. 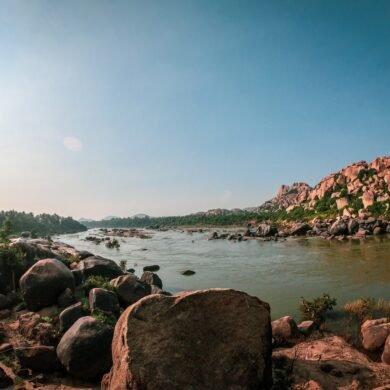