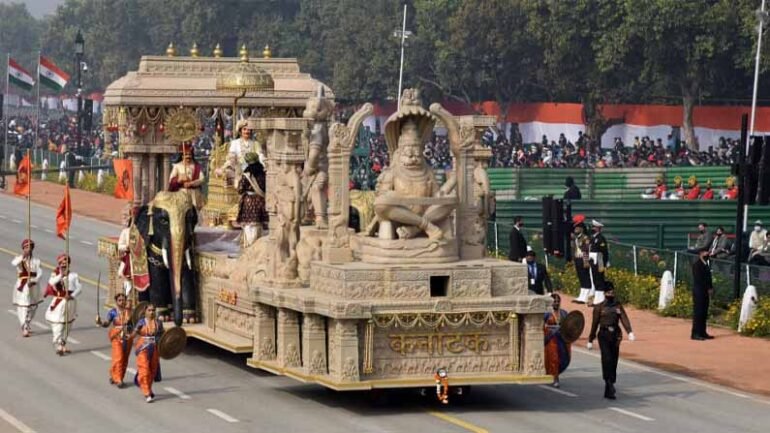 Karnataka’s tableau at the Republic Day parade in New Delhi on Tuesday showcased the cultural and artistic richness of the Vijayanagara Empire as part of its tableau.

The artists featured the throne of Krishnadevaraya, Hampi’s sculptures, the Narasimha and prominent pillars and sculptures of the Vijayanagara empire.

Tableaux from a total of 17 states and union territories were showcased at the Republic Day celebrations, whose scale this year was severely curtailed on account of the COVID-19 pandemic. Strict safety protocols and social distancing norms were in place.

The Tricolour was unfurled at Delhi’s Rajpath in presence of President Ram Nath Kovind, Prime Minister Narendra Modi and other dignitaries including Vice-President Venkaiah Naidu and Defence Minister Rajnath Singh on the occasion of 72nd Republic Day.