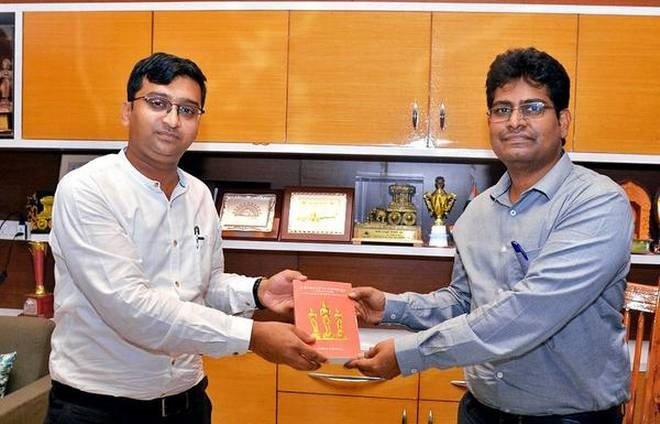 Before being posted to Ballari, Mr. Malapati served as an Additional Commercial Tax Commissioner (Enforcement). He had previously served in Sirsi and Hosapete as assistant commissioner and also as chief executive officer of Bidar Zilla Panchayat.

Mr. Nakul, speaking on the occasion, thanked the people of Ballari for their support over the past year and seven months during his tenure as Deputy Commissioner.

“I enjoyed the cooperation of people, people’s representatives, civil society groups and media persons during my service in Ballari. Their cooperation during a hard time [COVID-19] was memorable,”

Mr. Malapati said that he would take forward the work of Mr. Nakul for the all-round development of the district.

“I had worked as Assistant Commissioner of Hosapete and have knowledge of Ballari district. People’s issues would be put on top priority,” he said.

Mr. Malapati later heard the grievances of people in his office.