Leaders From Karnataka Urged To Set Up Christian Development Corporation at Ballari and more.

Seeking the reason from Mr. Yediyurappa for winding up the CDC, Mr. D’Souza said that Christians have presence in 27 districts in the State, particularly in Ballari, Kalaburagi and Raichur which have more number of people from the community. There are more people in the community who are poor and working as labour and farmers and they require the assistance of the government.

“If the CDC is not restored, Christians will be forced to come out on the streets and the State government will be held responsible for all the losses that this will result in, the BJP government has failed to spend any amount for the development of Christians in the last two years.,” he said.

An allocation of ₹ 200 crore was made for the CDC in the budget for 2019-20. By unilaterally closing down the CDC, Chief Minister B.S. Yediyurappa has hurt the sentiments of Christians, he added

While neighbouring Tamil Nadu, Andhra Pradesh and Telangana have the CDC running, the State government has closed it down. The B.S.Yediyurpapa government has formed corporations for communities that are fewer in number and has ignored Christians who are in good numbers in the State, he said.

Leaders from the Christian community in Mangaluru have expressed their displeasure over state government cancelling the setting up of Christian Development Corporation which was announced in the previous budget.

When Veerashaiva Lingayat community with a population of 1.20 crore placed a demand, the CM announced a separate body for the community within 24 hours. “Why was Christian community neglected?” he asked.

The decision to scrap the Corporation was approved in the Cabinet and announced in the budget by Chief Minister B S Yediyurappa, is an injustice to the Christian community, D’Souza said

“The former MLC said that scholarships for the students from the Christian community were also cancelled. The financial assistance given for Christian youth to purchase taxi was reduced to Rs 2 lakh from Rs 5 lakh. The financial assistance for self-employment was reduced while Ganga Kalyana Yojana for the community members too was abandoned. Funds have not been released for the development of the community in the past two years, an action plan would be chalked out to stage a protest after discussing with community leaders against the move of the government.” he said

Corporators Lancelot Pinto, Naveen D’Souza and many leaders were also present at the moment. 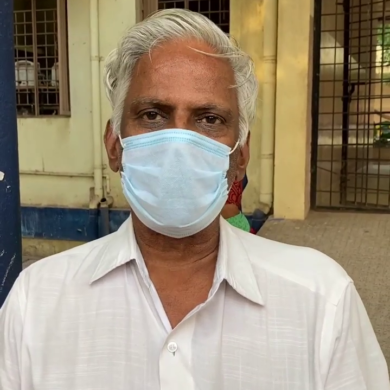