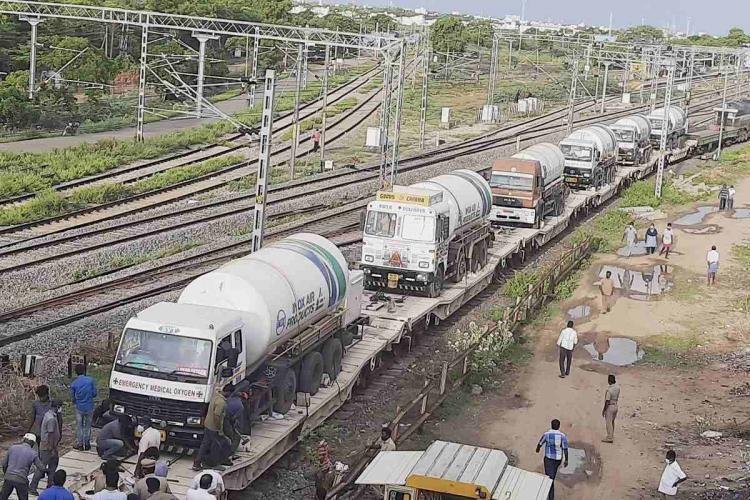 On June 1, the state government had sent a warning notice to JSW Steel and the companies on its campus in Ballari district, for undersupplying the daily liquid medical oxygen quota set by the Union government.

“There has been an average shortfall of about 150 to 200 MT daily and it is being met by special oxygen supplies from Jamnagar, Gujarat and other outside supplies,” said Munish Moudgil, senior IAS officer in charge of LMO distribution in the state. He added that the shortfall is due to poor supply by state-based manufacturers as they have diverted it (shortfall amount) for steel production.

The resultant shortage has the state government on its toes even as Karnataka has been seeing a steady downward trend of new COVID-19 cases over the past several days.

According to Karnataka government records, the state has received a daily average of 497.14 MT of liquid medical oxygen from the company over the last seven days as against the daily allocation of 830 MT from units within the state. This means that JSW Steel has been supplying less than 50% of the daily allocation as mandated by the Union government.

Accordingly, the Union government had allocated about 1,200 tonnes of oxygen per day to Karnataka. While 830 MT is the daily allocation within the state, 380 MT is the allocated supply from manufacturers outside the state. Due to logistical hurdles, the state cannot use the allocated 380 MT.

This is concerning, especially in light of the incident on May 3 and 4, when 24 COVID-19 patients died due to a shortage of oxygen in the Chamarajanagar district of the state.

This present crisis comes as Karnataka had to manage shortfalls of around 220 MT for two days in the last week of May owing to the tripping of two plants, Linde Gas India (earlier called Praxair) and Air Water. Apart from the units in Bengaluru and Tumakuru, these companies are captive oxygen suppliers of JSW, although they are separate legal entities. They are set up within the campus of JSW Steel and have long-term contracts with the company.