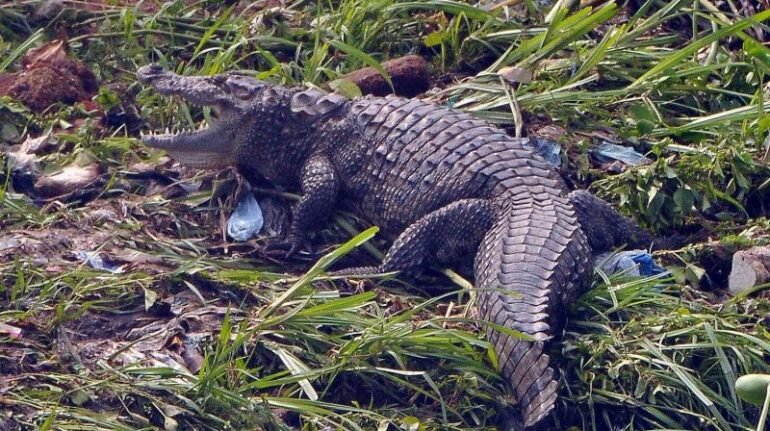 Crocodiles have been making frequent appearances in the Tungabhadra waters which has been habitat to so many people and other living organisms as well. The appearance of the crocodiles has been creating panic among people living in upstream and downstream of Tungabhadra.

The river flows towards Mantralayam in Kurnool district from Raichur and Koppal districts of Karnataka. Tungabhadra is famous for its rocks, where crocodiles make their appearance frequently. A crocodile was put inside a cage after being found close to Karnataka minister Anand Singh residence in Hospet town of Vijayanagar district.

In another instance, a priest M. Vishnu had a miraculous escape from a crocodile near the bank of the river at St. Naraharitheertha Brindavan on the outskirts of Hampi last month. The Brindavan is located on an island, which is reached by devotees with the help of small boats.

“When I went to get water from the river for pooja, the crocodile attacked me. I luckily escaped unhurt,” Vishnu recalled later. Three years ago, a seven-foot crocodile weighing about 300 kg was found dead on the river bed. It died after being unable to digest a sheep near Anegondi. M.S. Somalingappa, MLA from Bellary district, raised in the Karnataka assembly the threat posed by crocodiles to habitations near Tungabhadra River.

In fact, historians say crocodiles were a major issue even when the Vijayanagar Empire flourished under Emperor Sri Krishnadevaraya. The 35-km Tungabhadra Otter Conservation Reserve (TOCR), which stretches from Tungabhadra Dam to Kampli, once harboured a good number of smooth-coated otters, mugger crocodiles, four species of rare turtles and hundreds of species of fish listed as vulnerable and endangered under the International Union for Conservation of Nature (IUCN).

AP irrigation authorities say they always exercise caution when inspecting banks of the Tungabhadra River and its main canals. 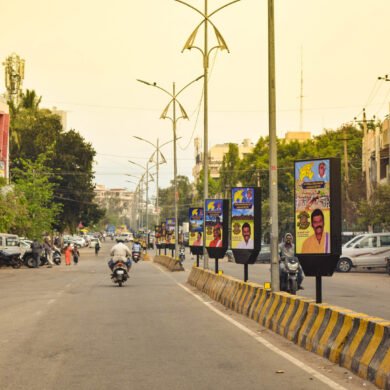 New lockdown guidelines: All you need to know
error: