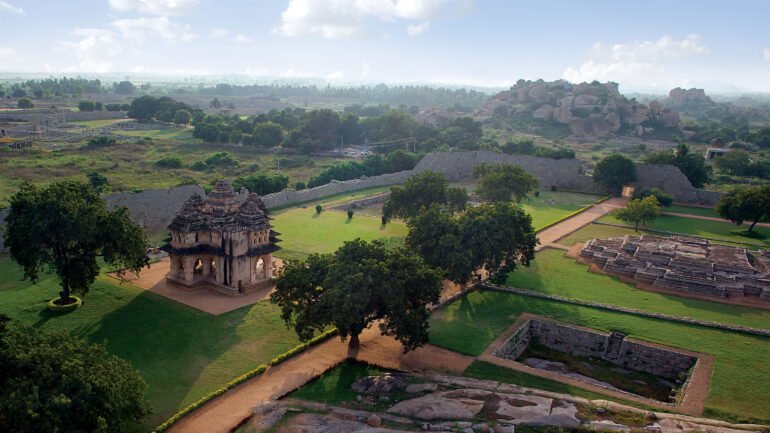 The Zenana Enclosure was a secluded and fortified area specially reserved for the royal ladies of the Vijayanagara Empire. It is located near the area which approaches the Royal Enclosure. No men except the royal king were allowed to enter inside the enclosure. It is a sprawling compound that had tall broad walls made out of cut stones arranged in interesting patterns that surrounded it on all sides and had watchtowers to keep guard against any trespassers.

Zenana Enclosure has several structures such as the Basement of the Queen’s Palace, Treasury Building, Lotus Mahal, Water Pavilion, Elephant Stable, and the Watch Towers. The major attraction inside the Zenana Enclosure is the Lotus Mahal which is one of the most remarkable structures in Hampi

History Of The Zenana Enclosure

Contrasting Belief About The Zenana Enclosure

They assume the fact that the area of the Zenana Enclosure is near the Elephant Stable and the Guards Quarters. According to them, the area is considered more appropriate for being the King’s habitat rather than a secluded place for the royal women.

Architecture Of The Zenana Enclosure

Most of the structures present here in the enclosure are in a ruined condition whereas the Lotus Mahal is in an undamaged condition that provides ample scope for tourists to admire the distinctive and exceptional architecture.

Also, there is an impressive structure here known as the Elephant Stable which is a long line of 11 domed chambers built with the same Indo-Islamic style of architecture. It is also believed that many monuments here which had Indo-Islamic influence were left untouched by the raiding Deccan Sultanate Army.

The Queens Palace which is the largest excavated base in Hampi is located at the middle of this area, Also the Royal Treasury Building is present here which is located in the north-western corner of the enclosure. 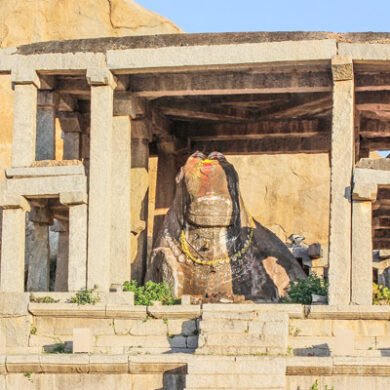