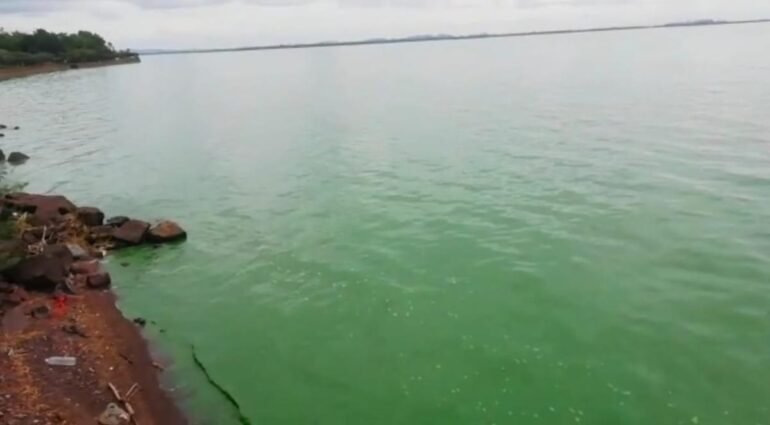 Tungabhadra Reservoir water has been the life enhancer to lakhs of farmers around the Kalyan Karnataka region. Since this region has been getting enough rainfall for the past 3 years continuously, even this year, the reservoir is almost filled and now within a month’s span has turned green.

This has created a sense of concern among the locals, as it is pretty normal for waters to turn green when the water levels are low, but is abnormal when the reservoir is full. The overall capacity of the reservoir is 100.86 TMC, and over 100.06 TMC water has already been filled.

Usually, the water from the Tungabhadra reservoir turns green by the end of September and remains green till October, but because of various other reasons, it has turned green a bit early this year giving birth to anxiety among locals.

Environmentalists believe that the major reason for Tungabhadra waters to turn green is the release of industrial waste into the waters without the relevant treatment. The locals are wishing for the authorities to take relevant actions.

Minister Anand Singh who has recently been allocated the Environment and ecology ministry spoke about taking stringent measures to stop the release of harmful untreated chemicals into the waters in a meeting held in Bengaluru recently.

The bacteria responsible for colour change have become a major reason for the spread of epidemic diseases and for the skin diseases around the place.

Cyanobacteria are also known as Blue-Green Algae, have almost conquered the Reservoir by now and have no clues of betterment.