Various Accusations On The Need To Carve Out Vijayanagara 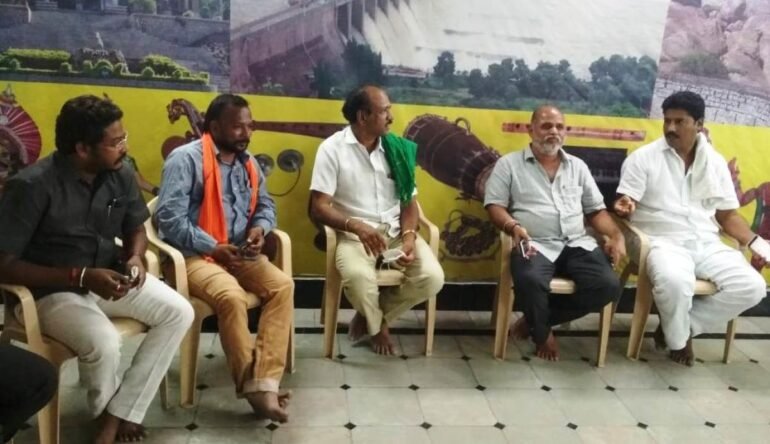 Kuditini Srinivas expresses his deep sadness and outrage against the government, which once did not felt the necessity to divide the Belgaum district with 16 MLAs and 2 MPs, has now decided to divide the whole of Ballari district for various selfish reasons.

Speaking in a protest rally, in the city, on wednesday evening, after the cabinet gave the approval, Mr. Srinivas deeply distressed said, “Anand Singh’s egocentric approach has resulted in the formation of a new district”.

He also raised his voice against the governmental move by saying a slogan “Divide Belgaum first, then come to Ballari”. “The division of Ballari district, which was a prelude to the unification struggle, is a misnomer for history”, said Darur Purushottamagowda, leader of the Tungabhadra Farmers’ union

“Instead of dividing the whole of Ballari district, Add Ballari to the newly formed Vijayanagara District”, says Bandral Mrityunjaya swamy.

Tapal Ganesh said, “All the people of the district need to come together as this is a fight for their existence. The struggle must be conducted non-violently. The government dropped its decision last year as a result of a hard-fought campaign. This time too, the government’s decision should be changed.

“None of the village panchayats in Hosapete have said they want a separate Vijayanagara district. But if only Anand Singh’s voice is heard, it is not fair to announce the new district”, says Farmers’ head Gangavati Veeresh.

JDS Vijayakumar, Chanal Shekhar and Sidmal Manjunath said, “The government should immediately abandon the partition decision. Otherwise a fierce fight shall be witnessed in upcoming days”. 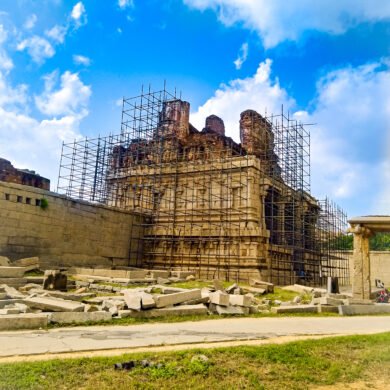 Hampi’s Dilapidated Krishna Temple’s Reconstruction Has Not Yet Begun