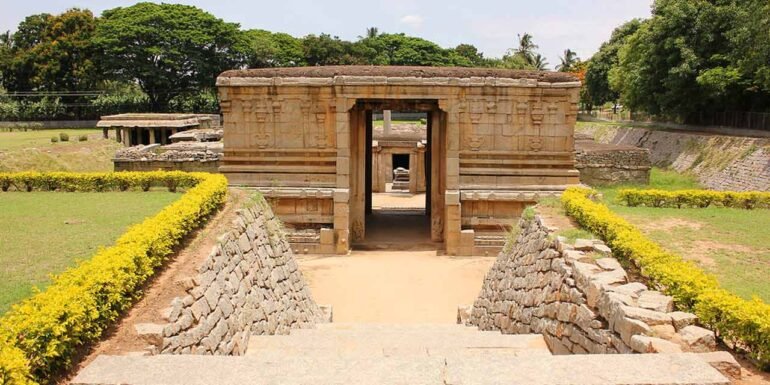 Underground Siva Temple or Prasanna Virupaksha temple, For some anonymous curious reasons, this temple, dedicated to Lord Siva was built many meters below the ground level. For this reason, almost all the time of year the sanctum and the mandapas of the temple are mostly underwater, restricting entry to the inner areas.

This is one of the oldest temples in Hampi. Underground Siva Temple was Built during the reign of the Vijayanagara Empire, the temple is located near the main road to the Hampi bus stand and close to the Noblemen’s quarters after Chandikesvara temple. It is one of the alluring and popular temples that are visited by tourists on the Hampi trail.

History Of The Underground Siva Temple

Prasanna Virupaksha is an avatar of Lord Shiva. This temple dates back to the 14th century during the reign of the Vijayanagara Empire. This praise-worthy structure stands in the middle of a beautiful lush green lawn.

Hampi has been a very famous tourist attracting destination and also has been prone to discoveries of new monuments every now and then. The Archaeological Survey Of India keeps finding new places that have got buried under the soil over time.

Underground Siva Temple’s existence was unknown till the late 1980s, As history speaks, it reveals that this beautiful structure was buried for over 400 years now. It is believed that Vijayanagara ruler Krishnadevaraya had donated extensively to this temple.

It is also believed that this was the royal temple where only the royal family members of the Vijayanagara empire.

Alluring Architecture Of The Temple

The Underground Siva Temple has been constructed while following the Vijayanagara style of architecture. The temple is a simple and beautiful structure that is located inside a large courtyard surrounded by an enclosure wall. There is a water canal in the courtyard of the temple.

The main tower too can be seen when you enter the Underground Siva temple, you pass through the main tower in front of the temple campus. It looks like this tower was an addition done later on and was never completed. A series of wide large steps along the axis of the tower and the sanctum leads you to the inner part of the Underground Siva Temple. The main hall in front of the shrine is huge with massive cubical pillars supporting the roof.

A water canal system is visible around the main temple. But this canal is dry and you can walk down to a point from where it’s impossible to go further. There is a small temple for Siva’s consort too near the main shrine. The Kalyanamantapa (ceremonial marriage hall) is a great looking structure. It has been believed that this is one of the oldest temples in Hampi.
View of the main hall in front of the shrine.

This Underground Siva temple has a flat-roofed main tower. There are steps leading from the main tower to the main pillared hall of the temple.

The temple has a garbhagriha along with an antarala. The temple also has an aradha mantapa and a maha mantapa.

The maha mantapa has pillared corridors that combine with the pillared mukha mandapa. This makes for a huge pillared frontal mandapa. The frontal mantapa also has a dhwaja stambha that protrudes through the rooftop.

An interesting fact about the Underground Siva Temple is that it is located a few metres below the ground level. The roof of the temple is at par with the present ground level while the main structure of the temple stands on a low lying area. The reason behind such a unique location for the construction of the temple is not known.

What Is The Reason For The Presence Of Water In This Temple?

While it is a known fact that most portions of the Underground Siva Temple remain submerged underwater for the most part of the year, mostly from July to August, the accurate reason behind this is not known.

There are different stories floating in the local circles regarding this uniqueness of the temple. One of the popular stories is that the temple has an inlet and outlet for the water. The water that flows inside the temple comes from the Tungabhadra River.

When the dam water of the river is released during the monsoons, the water level rises inside the temple and floods it. 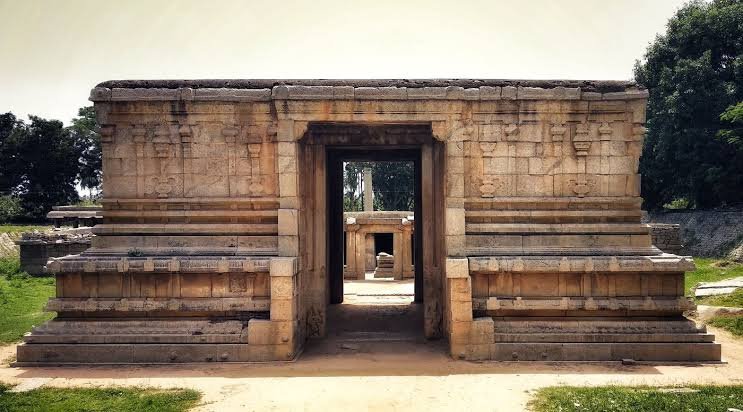 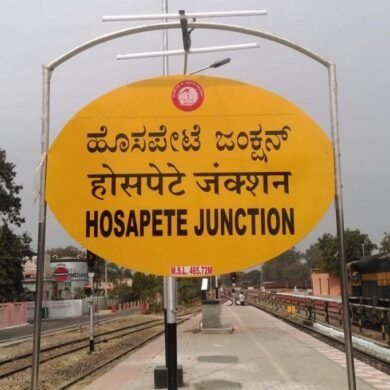