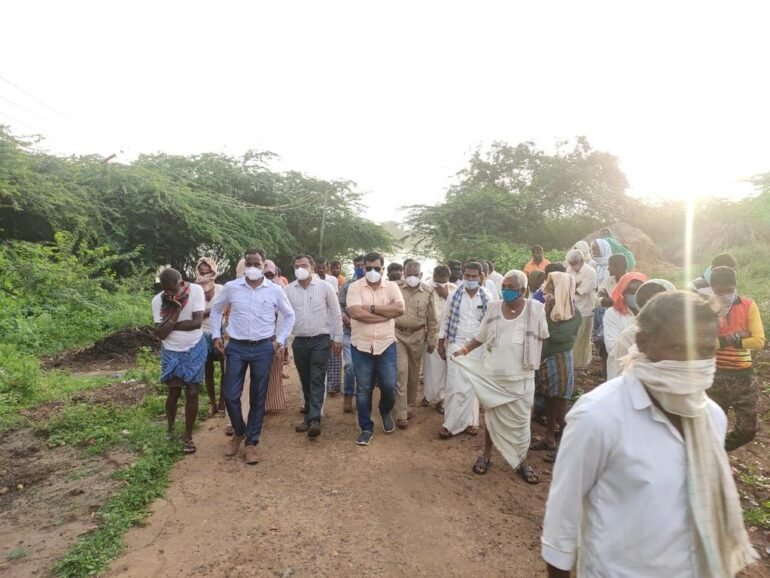 Tungabhadra dam is receiving 17,858 cusecs of water with the dam filled to a level of only 40.3 TMC, as against the total capacity of 100.9 TMC. If inflow surpasses 2.5 lakh cusecs, then flooding can happen in parts of Kalyana Karnataka.

The authorities are preparing for the evacuation of 32 cattle livestock around the Tungabhadra River.

To maintain both the health of the dam and protect the villages on the banks of the Krishna and Tungabhadra river basin, 49,000 cusecs of water is being released presently from the Almatti dam. R P Kulakarni, chief engineer, Krishna Bhagya Jala Nigama Limited, said, “There is no immediate threat of flooding from the dam, as inflow is below the danger level. However, villagers have been asked to be on alert in case the inflow increases.” It should be noted that Almatti dam, Tungabadhra dam and Basavasagara dam can cause flooding in Bagalkot, Raichur, Yadgir, Vijayapura and other Kalyana-Karnataka districts in the rainy season.

Announcements are being made in respective areas, to be prepared in case of the worst case scenario.

In Belagavi district as many as 6 bridge-cum-barrages in Nippani, Chikkodi, Kagwad and Athani have been submerged due to heavy rain along the Karnataka-Maharashtra border. This is the fifth time these bridges have got submerged this rainy season. Ghataprabha and Malaprabha dams have reached levels of 33.8 TMC and 22.5 TMC, as against a total capacity of 51 TMC and 37.7 TMC, respectively.