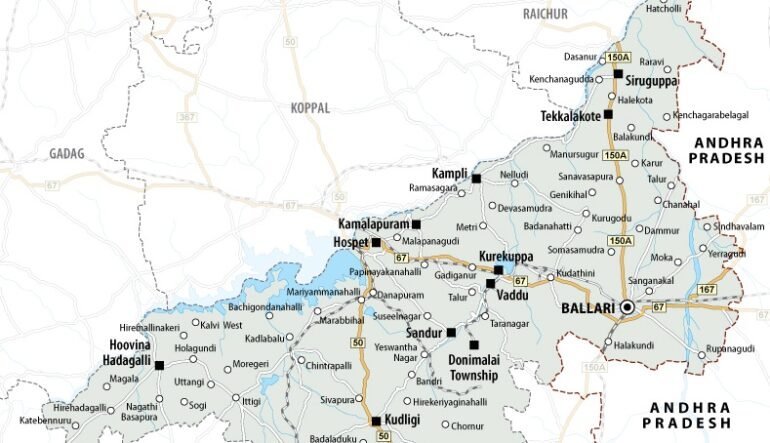 Chairman of the Ballari Urban Development Authority (BUDA) Dammur Shekar met with Minister of Urban Development Byrathi Basavaraj at Tinthini in Yadgir district on Wednesday and sought approximately 170 crore funds for road development linking National Highway 63 from the northern part of Ballari to the proposed airport.

Mr. Shekhar said in a media release that the project obtained administrative approval in 2011 and the cost of the project at that time was around 110 crore.

“The project was not implemented for various reasons. Meanwhile, the project cost has escalated to ₹ 170 crore. I have requested the Urban Development Minister to release the required funds under special grants,” Mr. Shekhar said.

He also appealed to the Minister to permit the BUDA to sell CA [civic amenity] sites in the layout it had developed for the purpose of building schools, colleges and other civic facilities instead of leasing them out.