Ongoing Protest In The District Demanding a 3 Days’ Hampi Utsav

Leaders of the Ballari district Artists’ forum, Navakarnataka Yuva Shakti Forum, who marched from Narayana Rao Park to the Chenappa circle, shouted defiance against the state government and the district demanding Hampi Utsav to be celebrated for at least 3 days. The protests happening shouted the slogan, “One day festival for the government does not know the glory of the Vijayanagara Empire”.

The district administration which has decided to hold Hampi Utsav for just 1 day which is on 13th November, despite opposition awaits a grant of Rs. 30 Lakhs from the government. Only 2 performances from the Utsav – The Artist Show and the Tunga Arati, have been organized at the festival.

District Collector S.S Nakul on sunday said that “It is not right to celebrate the Hampi Utsav in the wake of COVID-19 pandemic and the grant is expected to be released soon. Those people asking when Mysuru Dasara Festival can be celebrated, why not Hampi Utsav? should closely observe the way it was held and maintained amidst pandemic, there was no room for more than 200 people. Similarly, Hampi Utsav doesn’t target at attracting people this year”.

With only 4 days left for the big day, the district administration has formed five sub-committees with the intention of successfully completing it. 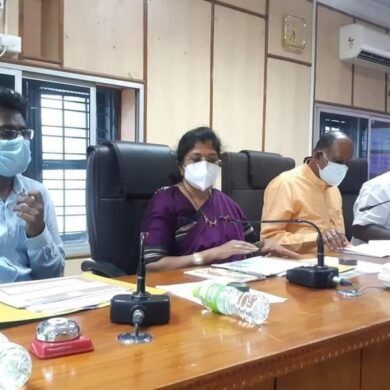