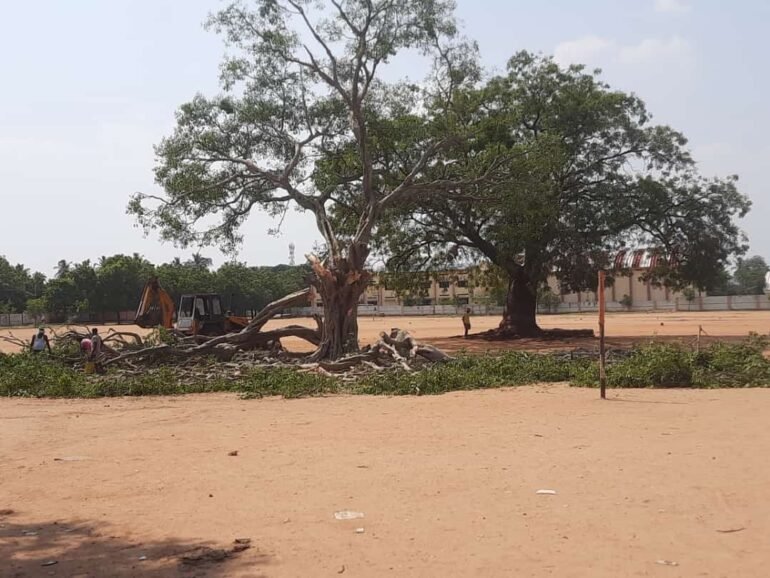 The trees at the municipal ground which stood just beside the basketball court were cut down by the administration on Monday. The photographs and videos were circulated on social media and people expressed outrage at the decision of cutting the trees. The topic is being discussed on social media platforms, and the action has been widely criticized.

When asked why the trees were being cut down, a Municipal Councilor said that a stadium would be built on the site. They also said that the trees were already falling down. There are a lot of school and college students roaming around, thus they’ve been removed for their benefit.

The administration claimed that clearing the trees on the city’s municipal grounds was important. The municipality had previously advertised in newspapers that anyone interested in inspecting the trees and participating in an auction might do so. The trees, however, were cut down three days before the sale.

A user on social media wrote “These were not just trees, but memories. Memories of all of us playing as kids under the shade the trees provided against the ruthless hot weather of Hospet. I had planted trees in the same location in my school days along with my classmates and teachers on the day of Vanamahotsava years ago. The fate however is brutal for the plants which provide shade and fresh air for years together. It’s going to be hard to imagine the Municipal ground without those trees. They are not coming back now.” Said Tanveera 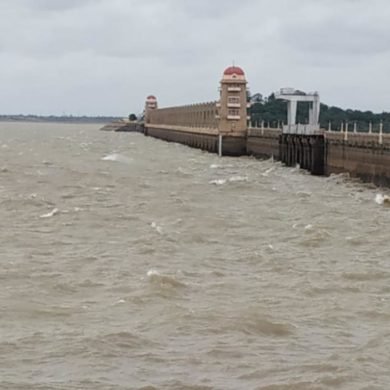