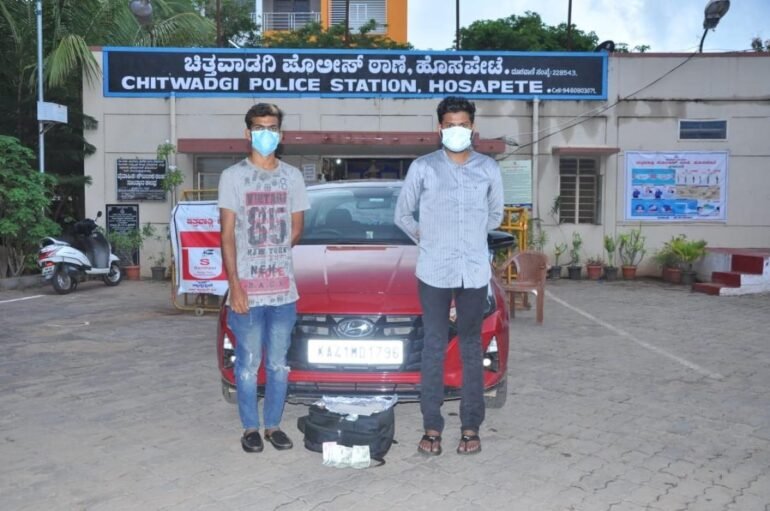 LSD drug pills worth 5.7 lakhs was seized by Chitwadgi police on Thursday. A case has been registered at the Chitwadgi Police station and two people Raghunath Kumar from Bangalore and Solomon from Hiriyur were arrested.

A Hyundai car, 2 mobile phones, and a cash sum of Rs 35,000 were also seized. An estimated total cost of seizure comes up to Rs 16 Lakhs.

What is LSD?
Lysergic acid diethylamide (LSD), also known colloquially as acid, is a hallucinogenic drug. LSD does not appear to be addictive. Effects typically include altered thoughts, feelings, and awareness of one’s surroundings. Many users have visual or auditory hallucinations. Dilated pupils, increased blood pressure, and increased body temperature are typical. Effects typically begin within half an hour and can last for up to 20 hours. It is used mainly as a recreational drug or for spiritual reasons.

Is LSD legal in India?
No, Under the NDPS Act, it is illegal for a person to produce/manufacture/cultivate, possess, sell, purchase, transport, store, and/or consume any narcotic drug or psychotropic substance. The Act extends to the whole of India and it applies also to all Indian citizens outside India and to all persons on ships and aircraft registered in India.
The Narcotics Control Bureau (NCB) is the chief law enforcement and intelligence agency of India responsible for fighting drug trafficking and the abuse of illegal substances.

Punishment for possessing Drugs?
Anyone who contravenes the NDPS Act will face punishment based on the quantity of the banned substance.