Leopard attack in a village around Hospet. 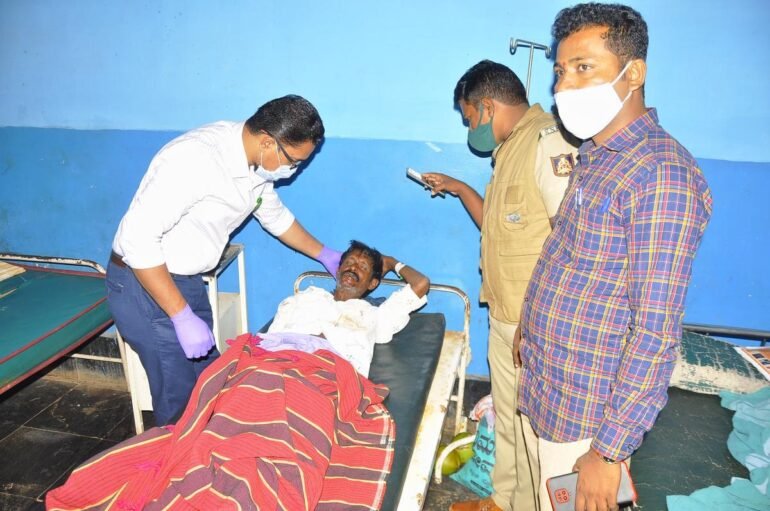 Pampapati (45) was seriously injured by a Leopard when he was working in the outskirts of the village. He suffered serious injuries to his face and head and was admitted to the government hospital.

Pampapati called for help when the attack occurred. Help arrived immediately and he was saved by the locals. The leopard ran away when people rushed to help the man.
“Leopard encounters have increased around the village, and the people are living in fear. The forest department should take action to prevent this.”

Deforestation and the encroachment of human habitations have resulted in increased contact between people and animals in rural India.
In 2011, the government issued guidelines on managing human-leopard contact, noting that leopards are a highly adaptable species and capable of living in close proximity to urbanized areas.

It is advisable for the people living in the outskirts not to venture out at night until the situation is under control.