A senior doctor from Ballari drives an autorickshaw at Davanagiri 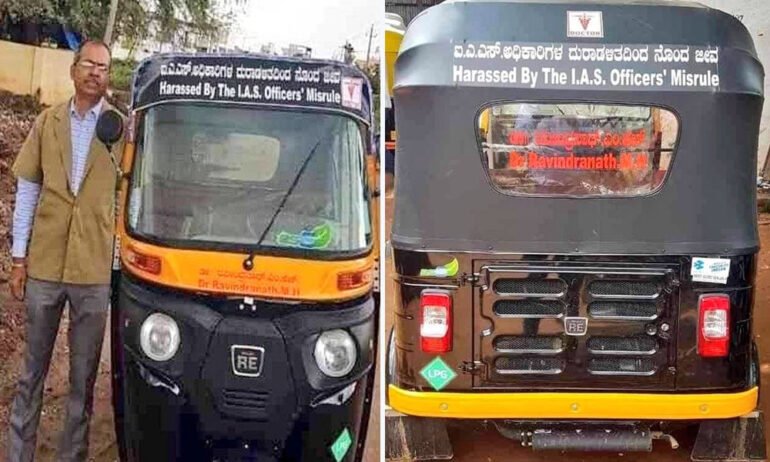 53-year-old doctor Rabindranath M.H., who served in the health and family welfare department of Bellary for 24 years. Now driving autorickshaw in Davanagiri city. The doctor blamed an IAS officer for his condition and said that his harassment began in 2018 after he refused to help the officer against a protocol.

The doctor has resorted to driving an auto-rickshaw for his livelihood after being suspended by concerned authorities and his salary being withheld for 15 months.

Dr.Ravindranath MH had served in the Child and Welfare Department in Karnataka’s Ballari district for 24 years and has taken to be an auto-rickshaw driver in Davangere district. He has alleged that IAS officers are behind his suspension and nonpayment of salary.

Narrating the incident, Dr.Ravindranath said that he was serving in Ballari when an IAS officer referred to one of his classmates for an appointment, however, the doctor refused to go against the protocol.

“He plotted propaganda against me. I was suspended on June 6, 2019, in relation to the technical tender bid evaluation when I was District Vaccine Officer at Bellary District Heath and Family Department. The mistake committed by a clerk at the Zilla Panchayat office, and it has intentionally put on me,” said Dr. Ravindranath, reported News Karnataka.

…Four days later, I appeared in the Karnataka Administrative Tribunal (KAT) which in October reversed the government order and ordered I be reinstated,” he told the Times of India.

He further added that he was assigned to a taluk hospital in Sedam in Kalaburagi district but he went back to the tribunal because the taluk position was a demotion. He reapproached KAT seeking a direction to appoint him at a district-level hospital and the verdict was in his favor, however, the top-level officials have not assigned him the post yet.

“I am yet to get a posting. When I wrote seeking a transfer, the official responded saying my presence was required in Sedam due to Covid-19. When KAT gave its ruling, there was no pandemic. Hundreds of medical staff were transferred during this time including a doctor from Sedam General Hospital. I have filed a contempt petition and a hearing is scheduled for September 11,” he said.

The doctor decided to shift to his home town Davanagere to eke out a living. Asked why he chose to be an auto driver instead of practicing privately, Ravindranath said, “If I open a private clinic, I’ll have to go to the same officials to get a license. I am sure they would not oblige. I did not have enough funds to start a business. I approached a couple of banks to get loans, but they refused to sanction an autorickshaw loan to one who has worked in the healthcare sector. Eventually, an agency financed me, and I have started my new journey.” 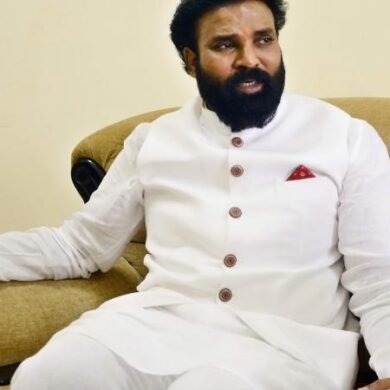 Ongoing Preparation For Reopening Of Hostels With Free WIFI