Indian Flag to fly over Joladarashi Hilltop on Independence day

Indian tricolour flag can be spotted on the iconic and tranquil ‘Joladarashi Hilltop’ on August 15 on the occasion of Independence day. The preparations are underway to establish a 100-foot high pillar on which the flag shall be hoisted.

All the related preparations are expected to be completed by the 14th of August. Joladarashi Gudda has been considered the topmost point flaunting the entire city in pride. It has got a breath-taking view of the city from the hilltop, similarly, the hill can be spotted from any corner of the city.

The flag flying over the hilltop shall add extra grace to the Hosapete city. There is already a 100-foot flag pillar in the centre of the city in the Rotary circle. The railway station at Hosapete also has installed a similar model of the flag. Plans are underway to establish and install a 150-foot flag in the Municipal College ground.

Plans are ahead to the Augment Taluk playground and the Municipal Playground. In the coming days, the Indian flag shall be hoisted in all four directions of Hosapete city.

In further days, Joladarashi Hilltop will be promoted as a tourist destination and a 45-foot tall Krishnadevaraya statue shall be established. The statue formation work has already begun in Chitradurgaare. 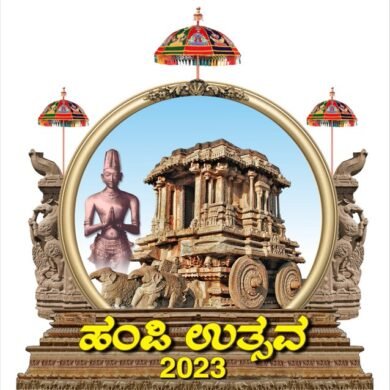