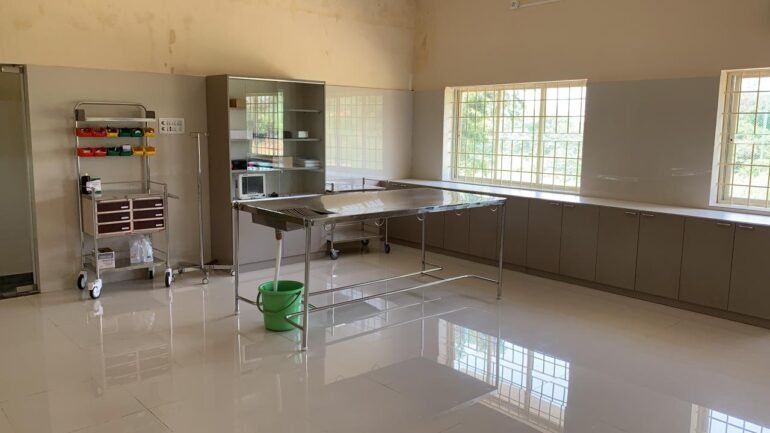 The Atal Bihari Vajpayee Zoological Park in Hampi popularly known as Hampi zoo is all set for wildlife rescue and rehab centre. The zoo will now have a rescue and rehabilitation facility for animals. The total estimated cost of the construction of the rescue centre is 80 Lakhs.

The rescue centre aims at helping, reduction in human-animal conflict and will also have state-of-art facilities to deal with any kind of wildlife situation in the Kalyan Karnataka region, formerly known as Hyderabad-Karnataka region.

This will be first such facility in North Karnataka and third in the state after Bengaluru and Mysuru.

The centre will also take up treatment of the injured wildlife. Kiran M N, Executive Director Hampi Zoo said that the new centre will reduce the response time during the man-animal conflict, thus helping to save the animals.

Kiran M N, Executive Director of Hampi Zoo says, “The Daroji Sloth Bear sanctuary in Ballari has a selected number of bears and leopards which come In conflict with the humans in many instances. The rescue centre will also act as a rehab facility for the injured animals”

Currently, Ballari zoo houses white tiger and lions besides other animals. The rescue center will be set up in the zoo premises and will have separate staff for the facility.

“There will be three dedicated staff at the rescue center and during the field operations, we can use staff from the zoo and local forest divisions depending on the case. There were instances when leopards and bears were spotted injured or were seen regularly in human-populated areas and during such times the role of the rescue center is very important. This will help mitigate conflict,” pointed out a wildlife expert from Ballari.