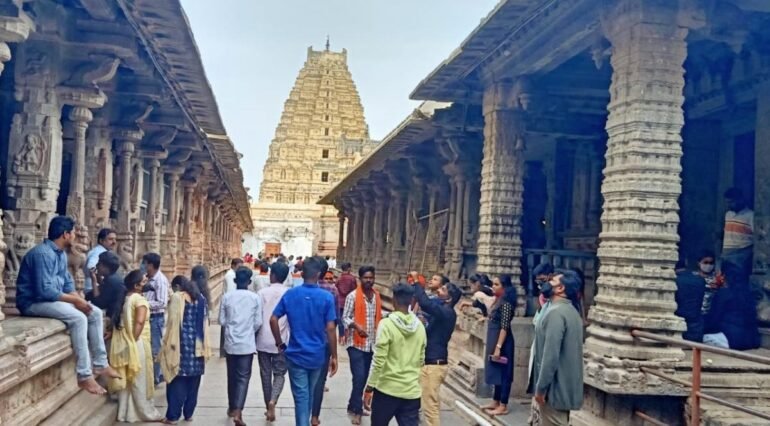 Even though the State government has mandated the testing of tourists coming from other places, Hampi has failed largely in adopting the testing methodology. No measures have been taken to implement the tourist testing in Hampi.

The visitors at the World Heritage Site Hampi, have been moving without any restrictions during the time when the Covid cases in the neighbouring Maharashtra and Kerala states have been drastically increasing. The experts believe that the Karnataka state might face Covid 3rd wave anytime sooner now.

The tourists hailing from other states should be bound to produce a negative RT-PCR test taken not more than 72 hours. The hotel owners should be made responsible to test the visitors and only under these circumstances should allow staying. These are the regulations formed by the Government, But Hampi seems to have forgotten the regulations.

Even in Railway stations, no stricter actions have been taken to trace the inter-state travelling passengers. No tests are being carried out and not even the thermal screening is being done.

Kaddirampura and Kamlapura are the only two ways of entering Hampi, even at these two points no measures have been taken to test the visitors and they have not even been interested to check if they have already been examined. The people who haven’t been wearing masks have been penalized and has remained up to that.

“Our livelihood depends on the tourists, but that does not cover up the danger we have put ourselves into by welcoming the tourists without testing and without producing negative Covi report”, said a locals Raju and Ramesh.