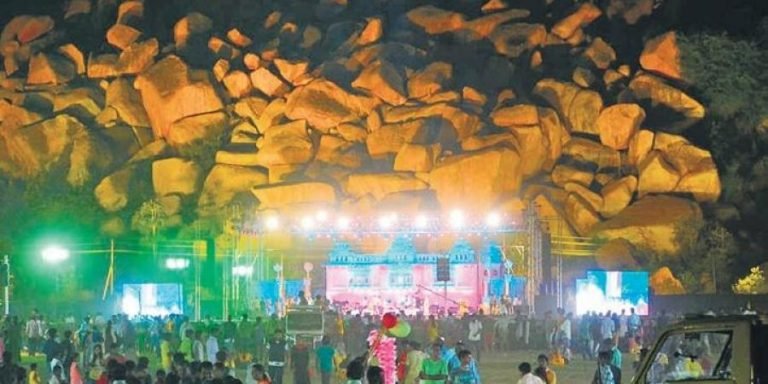 The state Government will soon announce the five important calendar festivals, which are chosen to ensure equality to all regions.

The state Government will soon announce the five important calendar festivals, which are chosen to ensure equality to all regions. They will be included in the upcoming Tourism Policy of the state. Speaking to TNIE, Tourism Minister CT Ravi said, “The five festivals will be celebrated on the scale of Mysuru Dasara from next year.

The dates will be fixed and modified after holding meetings with religious leaders, historians and local stakeholders. Hampi Utsav, Chalukya Utsav, Kalyan Karnataka Utsav, Mysuru Dasara and Kittur Utsav in Belagavi district will be included in the calendar,” he said.

“The previous governments have neglected some of the annual events, including Hampi festival. Besides Hampi Utsav, annual festivals in Hyderabad Karnataka Region and Viajayapura will be planned in the coming days, after meeting experts,” he added.

Locals in Hampi have been demanding for a long time to make the Hampi Utsav an annual event. In the past, the Utsav was cancelled for various reasons. The ongoing Utsav, which will be inaugurated on Friday, was supposed to be held in November 2019. As per local historians and stakeholders, November is the best month for the Utsav. When it was first planned in 1990’s by then-Deputy Chief Minister M P Prakash, it was decided that the event should be held in November.

A member of Hampi Utsav committee welcomed the decision. He said that tourists as well as local administration can plan well if the festival dates are fixed.Ravi added,“In November and December, Hampi receives the maximum numbers of tourists. Holding the festival in the first week of November will help generate more revenue,” he pointed out.