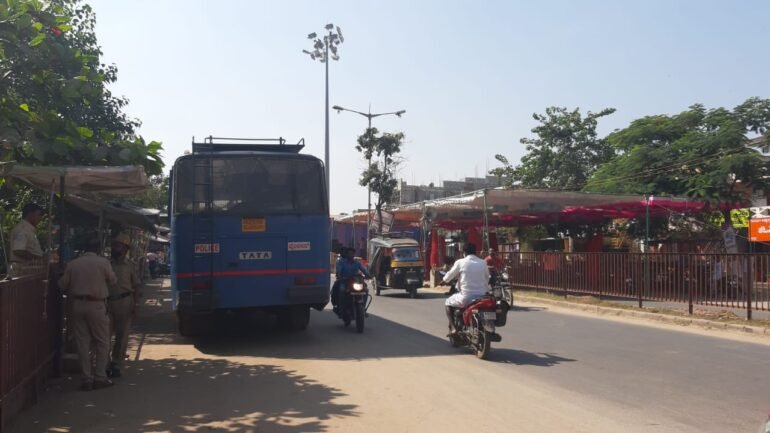 The BJP has staged protests in the district over the recent municipal president-vice presidential elections.

Most the shops in Bandra Pratibha town and Basveshwara Bazaar of Hagaribommanahalli on Wednesday were closed in advance despite the protest of BJP activists.

The Former BJP MLA K Namaraj had called for a protest at 12pm on Wednesday.

A massive platform was built on the road beside the state highway. Heavy vehicles were allowed to pass through the bypass whereas the vehicle traffic was as usual.