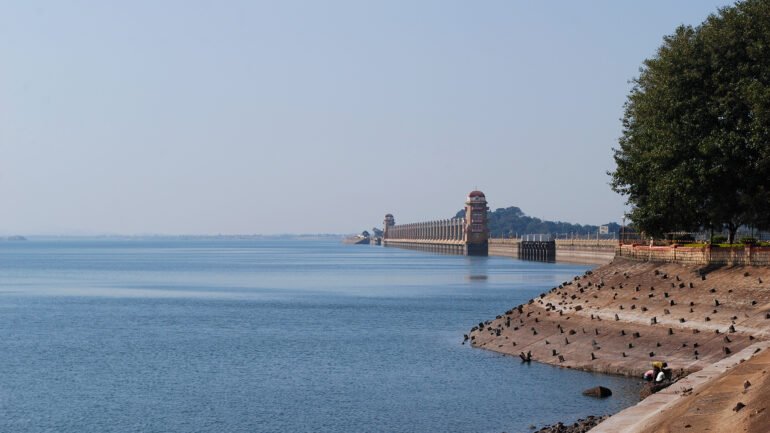 The Tungabhadra waters have been the life of many farmers from around the place and from Andhra Pradesh as well. Only 10 TMC of water was stored by this time last year. But there is now more than 35 TMC of water.

The farmers show concern as the ‘Malnadu region’ is getting good rainfall. Thus the Tungabhadra Reservoir is likely to be filled earlier this year. But the TB Board’s Irrigation Advisory Committee meeting has not yet taken place. This, of course, has led to the outrage of the farmers in this area.

The four districts coming under the Tungabhadra reservoir area; Ballari, Vijayanagara, Koppala, and Raichur. The reservoir plays an important role in providing waters for these four districts along with a few districts from Andhra Pradesh.

There is now currently more than 35 TMC of water. It is also getting good rainfall in the highlands. Thus the Tungabhadra Reservoir is likely to be filled earlier this year. But the TB Board’s Irrigation Advisory Committee meeting has not yet taken place. The President of the Tungabhadra Farmers’ Union, Puroshatham Gowda, urged the people to immediately meet and leave the water to the canals.

If water is released into the canals, the farmers shall prepare the saplings for planting paddy. If not, you will need to undergo a process. Drainage of canals when there is water in the reservoir is very beneficial for the farmers. This is because when the reservoir is filled, hundreds of TMC of water flows into the river every year in vain. Farmers have demanded that the Irrigation Advisory Committee be convened immediately.

The Irrigation Advisory Committee meeting is not called yet. In addition, the representatives of the three districts did not even bother. The canals are still lacking water. For the same reason, allegations of neglecting the irrigation advisory committee meeting in connection with releasing the water to the canals are also being heard.