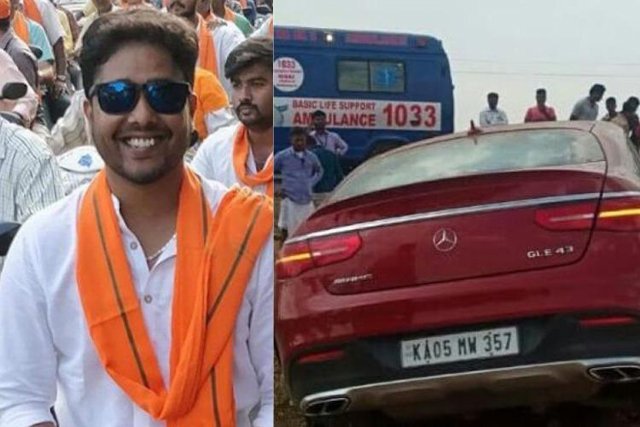 The accident which happened near Mariyammanahalli tanda near Hospet in the district on February 10 allegedly involving the son of minster, R Ashok, has got a new twist.

But Ashok has denied the presence of his son at the scene of the accident.

Bharati Bai said that five persons had come to the hospital where she works on February 10 afternoon, and she could find from the photos published in the newspapers now that one of them was Sharath, Ashok’s son. She confessed that he borrowed a wheel chair from her and asked to verify her statement with reference to CCTV footage in the hospital. She also said that the seriously injured were advised to be taken to government hospital.

Medical officer of the government hospital, Dr Mahantesh, however changed his statement on Friday. He said on Friday that four persons including deceased Sachin had been admitted into the hospital. On Thursday he had said that postmortem was done at midnight as it was said that the case was related to minister , Ashok. On Friday he said he was not aware whether they were related to the minister or not.

The district police are investigating the case by visiting various places. A team reportedly went to Bengaluru to arrest the accused. Information is also being collected from toll gates on the route to Bengaluru, hotels where the people in the car stayed, and spots which they visited.

In the meanwhile, Hagaribommanahalli MLA, Bheema Naik, visited the family of deceased Ravi Naik on Friday and consoled the family. He said he does not know how many were in the car. He said the fact that postmortem was conducted at night has given rise to suspicion. He said he will speak to the superintendent of plosive and home minster. “The government hospital has 16 CCTV cameras but the CCTV near the petrol bunk where the accident happened is not providing proper footage. We will try to provide justice to the family,” he promised.

For the past one week, Sharath was not to be seen in public. Minister Ashok was giving lame answers to questions about the location of his son. But now Sharath has been seen participating in a wedding ceremony of a BJP worker in Bengaluru.

Sharath, who was not to be seen since the Hospet car accident, suddenly appeared in the wedding ceremony of BJP worker Puttagangaiah that took place at Cauvery Nagar of Karisandra Ward. His photo taken in the wedding has gone viral on social media.

The question that still remains unanswered is why Sharath was not to be seen for six days after the accident at Hospet. Though so much chaos and confusion was there after the accident with regard to the involvement of Sharath, he was deliberately kept out of the limelight by minister Ashok to allegedly mislead the press, say sources. Now, the sudden appearance of Sharath has just strengthened this suspicion.