Anjanadri Hill All Set To Have Ropeway Transportation 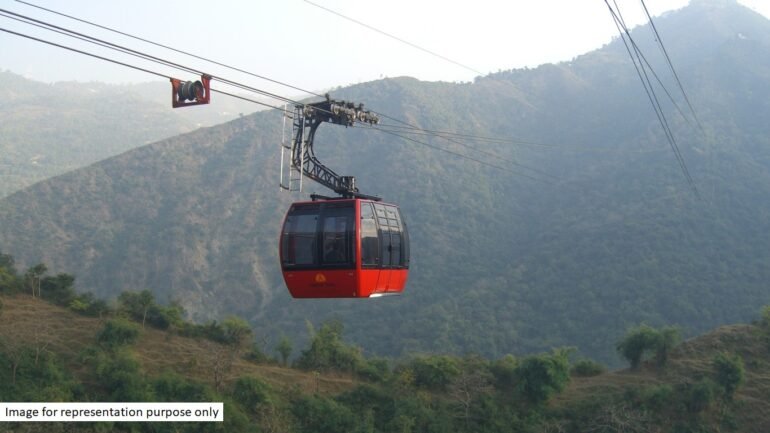 In the popular pilgrimage site of Anjanadhri Hills in Koppal district, a place that’s not very far from the world heritage site of Hampi in Ballari, a ropeway is set to be built, the first of its kind in entire North Karnataka – and in addition to attracting just the tourists, this plan will save the devotees, visiting the Lord Anjaneya temple from the trouble of having to climb nearly 600 steps to see the deity.

The state government has greenlighted the proposal submitted by the Koppal district administration to build the ropeway, and furthermore, allocated a sum of Rs 20 crore for its completion.

The construction of the ropeway is part of many projects undertaken as part of developing Anjanadhri Hills. Anjanadri Hills, according to Hindu mythology is the birthplace of Lord Hanuman.

Sources said that around 10 acres have been assigned near the Sanskrit Pathashala for the building of the ropeway’s structures.

“To avoid delay in acquisition of land, efforts are underway to buy the land directly from the farmers so we can commence work on the project at the earliest. Private companies from Mumbai, Kolkata, and other states reportedly participated in a meeting convened by the Koppal administration, and evinced interest in helping the project,” a source said.

Koppal deputy commissioner Suralkar Vikas Kishor said that the district administration is in the process of preparing an action plan for the building of the ropeway at Anjanadhri Hills. It also has been proposed to build a yatri Nivas, an interpretation centre, and other institutions atop the hill.