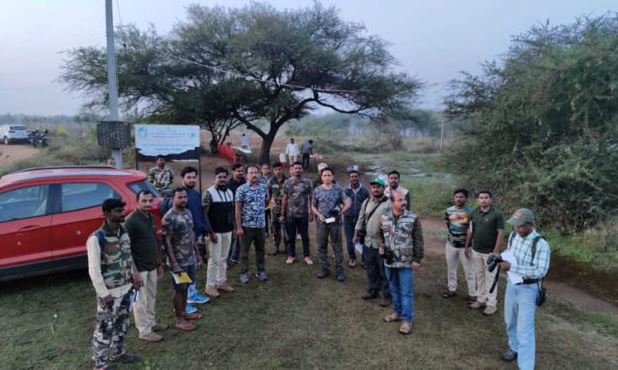 Due to the large number of birds migrating, the state government had declared it as a bird sanctuary reserve in 2017.

However, in order to take necessary steps for the conservation of the birds, the District Forest Department headed by Delhi researcher Tarun K. Roy, who specializes in bird census with HBHHL Green HBH Organization and local bird watchers observed the condition of the area.

Over a period of time, more than 120 species of birds have been found. It is also noteworthy that birds on the brink of extinction abroad have been spotted.

Purpose of Survey: What measures should be taken to develop the Anakasamudra Lake which is attracting birds and conservation of birds. What are the shortcomings? Are the offspring of birds affected by unscientific operations? Or have their numbers increased? Are birds affected by people? The Forest Department has taken action to conserve the lake.