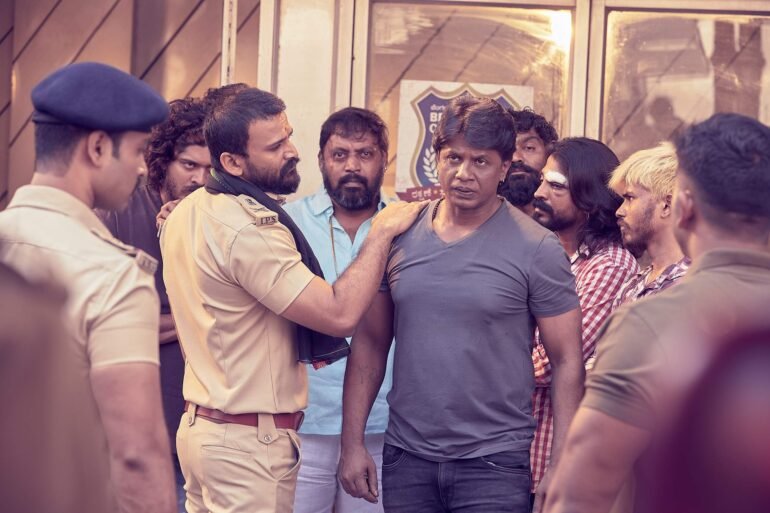 After Puneeth Rajkumar’s visit to Ballari, Duniya Vijay plans to visit Hospet on the 10th of April for the promotion of his upcoming movie Salaga. The film is expected to release next month. Earlier it was said the film will be released on April 15, however, an official confirmation from the production house will reveal the exact release date.

Meanwhile, a pre-release event is scheduled at Hosapete on April 10, for which the team is currently planning for dance rehearsals. At the same time, Covid-19 constraints are being kept in mind.

The film also features Sanjana Anand as the female lead. Dhananjay plays the role of a police officer, while Nagabhusan plays a prominent character along with BV Bhaskar, Achyuth Kumar, and Rangayana Raghu in the cast.

“There will be cricket matches held across these cities. The Salaga team will be led by our producer KP Sreekanth, who is also a good cricketer. We have actors from the film as well as crew members who are part of it. We are excited to play the tennis ball cricket matches with the fans. We will start with a match in Malur and then travel to Hospet, Chitradurga, Mysuru and Hubballi,” Said Vijay

Vijay added, “I’ve been in touch with the heads and core members of all my fan clubs, especially when I have releases and other important updates. They have been incredibly sweet with this promotional activity and I’m hoping to connect with all of them and request them to support Salaga when it hits the screens.”

Salaga’s producer K P Sreekanth is joining hands with Vijay for the first time. The songs, composed by Charan Raj, have already created a lot of buzz around the film, which is based on an underworld subject.