A grand welcome to Mr Anand Singh and Vijayanagara 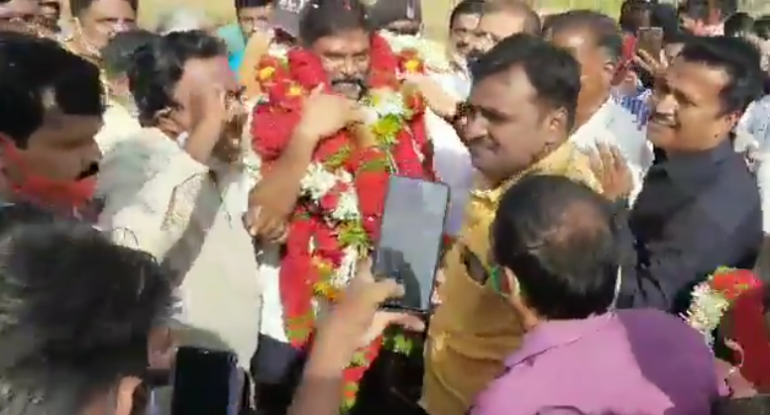 Minister Anand Singh was welcomed by his supporters in Hosapete after he returned from Bengaluru. In the light of the formation of the Vijayanagara District. Minister Anand Singh thanked all those who fought for many years demanding a separate district.

Vijayanagara, which will be carved out of Ballari district, is set to be Karnataka’s 31st district after Cabinet nod on Wednesday.

The CM had said that Hospete, Kampli, Hagaribommanahalli, Kottur, Hadagali, and Harapanahalli will form the new district of Vijayanagara with Hospete as the district headquarters. Ballari, Kurugodu, Siraguppa, Sandur and Kudligi taluks will continue to be part of Ballari district, with Ballari city as headquarters.

Yediyurappa, in a note to the media, had in 2019 said Ballari has become difficult to administer since it has 11 taluks and 11 revenue sub-divisions. In most cases, farmers, daily wage laborers, and poor people have to travel long distances to reach the district headquarters in Ballari city. “As a result, it is considered to ease trouble by carving out a separate district for efficient administration,” the note read.