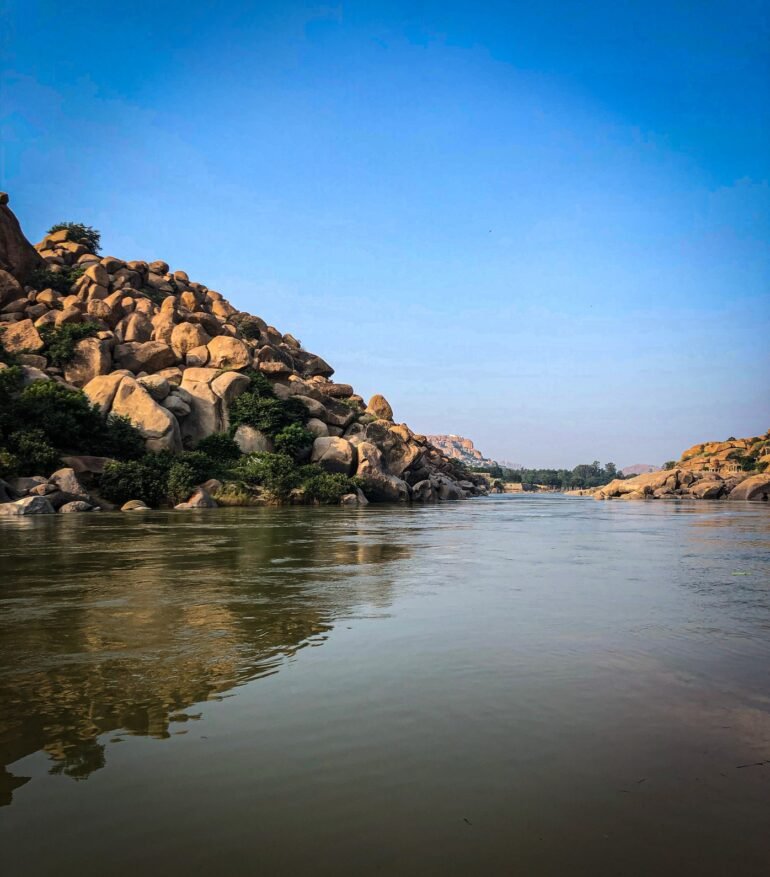 Hampi is situated on the southern side, somewhere in between this Tungabhadra river path. The flow of the river takes some major twists and turns in this area because of the rocky land. This river is extremely significant in the religious as well as the political history of Hampi.

Both rivers Bhadra and Tunga originate from the Western Ghats on the eastern slope. A hydroelectric project and a dam are constructed around 20 km southwest of Hampi across this Tungabhadra river.

The kings of Vijayanagara took benefit of this river. They constructed a host near the river and use it as aqueducts and for the irrigation of canals. This river supplies water to various man-made water bodies in the urban area. Some of the historic canals are now used to irrigate agricultural fields.

Some Facts About Tungabhadra River

Tales Behind The Formation Of This Hampi River

According to some legends, in order to protect the world from the deluge, an avatar of Lord Vishnu, Varaha brings an island. The sweat while doing this falls down his tusks and twin rivers named Tunga and Bhadra originated.

This Tungabhadra river was known as Pampa in earlier times. According to some legends, the daughter of Lord Brahma, named Pampa did penance at this spot. The motive of this penance was to impress Lord Shiva. Later, Lord Shiva and Pampa married. On the edge of this river, there are several shrines and idols dedicated to Lord Shiva. Pilgrims worship those idols and seek blessings from this pious spot.

Tungabhadra river attracts over 25000 visitors every year. It is a famous spot near Hampi in Karnataka. The water of this river is used in many ways. It is used in the form of bathing, drinking, fishing, irrigating crops, watering livestock, and many more. This river is a major source of water for the people who live in the basin. It not only supports humans but animals as well. It is a popular tourist destination, especially for those who come to enjoy the wildlife. 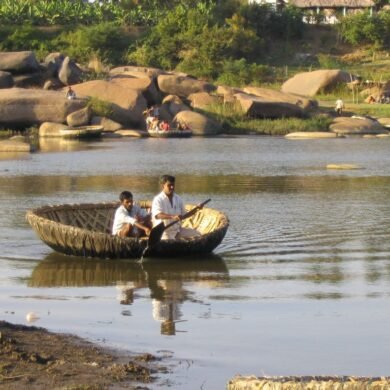