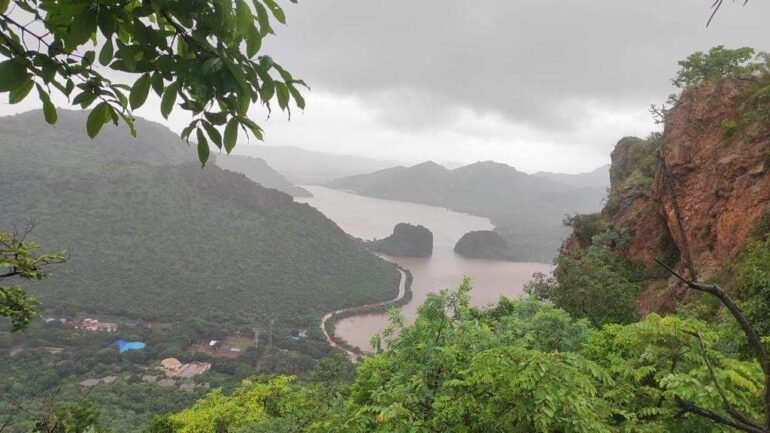 Who would’ve thought a few years ago looking at the mining zone to be lush green and a go-to spot for trekkers across the state today? Well Mahatma Gandhi once popularized the phrase “See Sandur in September”, how true he was! Sandur is spectacular in June, July, August, September, and October. In short, Sandur is lovely throughout the year.

It has become the basic trekking zone for all trekking enthusiasts across the place. Hills like Byarava Teertha, Gandi Malayamma, Timmappanagudda, Taranath, Donimalai, Kumaraswamy, Gandi Narasimha, and Ramaghad forest offer trekking routes with great views, besides meadows for halts and resting.

The forest cover of Sandur is a habitat for various wildlife and is a great catalyst to the rejuvenating environment. It is house to many pilgrim spots, waterfalls, reservoirs, water bodies and temples.

Trekkers from Mysuru, Bengaluru, Mangaluru, Shivamogga, and other neighbouring states are great fans of Sandur heights. Belonging to the Ballari district which remains hot most of the time in a year, Sandur is such an exception that it does remain comparatively cool throughout the year.

Sandur Summitters, a group of 30 members, conducts treks at different hills every weekend. Srinivas Ramaghad one of the founders, said there are no permanent trekking tracks in Sandur hills.

“We just explore new routes while trekking. We have explored many trails and reached the summits of many hills taking different routes. On weekends, we see trekkers of 6-60 age groups. We have been trekking for the past 20 years in Sandur hills. But after suspension of mining activities, they are covered in green like the Western Ghats,” he said.

Srinivas said that the group has spotted a leopard and 4 antelopes. Therefore, the trekkers have to be cautious while trekking and he also highlighted the need to keep the trekking way litter-free as that is the easiest way to sabotage the environment that has recovered from extensive mining in the 2000s. The auto-rejuvenation has just begun a decade ago.