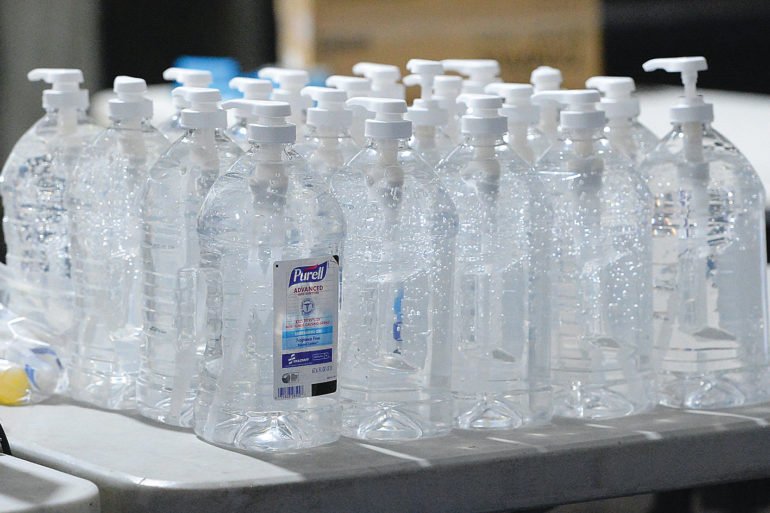 Alcohol-based hand sanitisers are meant for hand hygiene, especially in demand during the COVID-19 pandemic. But some desperadoes are drinking the sanitiser in the absence of alcohol. 131 cases reported in Hospet

“Whisky contains 40% alcohol. People are diluting hand sanitiser with water, which works out cheaper. Hydrogen peroxide is dangerous for the liver and kidney,” said the source.

Sale of hand sanitiser needs to be regulated before it becomes a health hazard, he added. Meanwhile, illegal sale of liquor, including beer, is flourishing in Karnataka, said the source.

“The state excise department seized 32,508.305 litres of illegal liquor and 22,208.275 litres of beer and arrested 417 people,” said a senior excise officer. “This is the tip of the iceberg. People are selling Indian Made Liquor (IML) and beer at grossly inflated prices in the grey market.

This is not possible without a nexus between some CL2 licensees, agents and law enforcement agencies,” he added.

During lockdown 1.0, the department registered 923 cases out of which 717 cases are heinous, involving illegal transportation and sale of IML.

“The department has seized 266 vehicles transporting illegal liquor. The total worth of seized materials including IML, beer and vehicles is Rs 39,732.556,” said the officer.

“On a daily average, the department is losing around Rs 60 crore revenue due to the lockdown,” he added. Besides illegal liquor, the bigger danger is from illicit distillation (ID) of liquor. Sources said people in the Malnad region are fermenting ID in iron barrels and selling at a premium price.