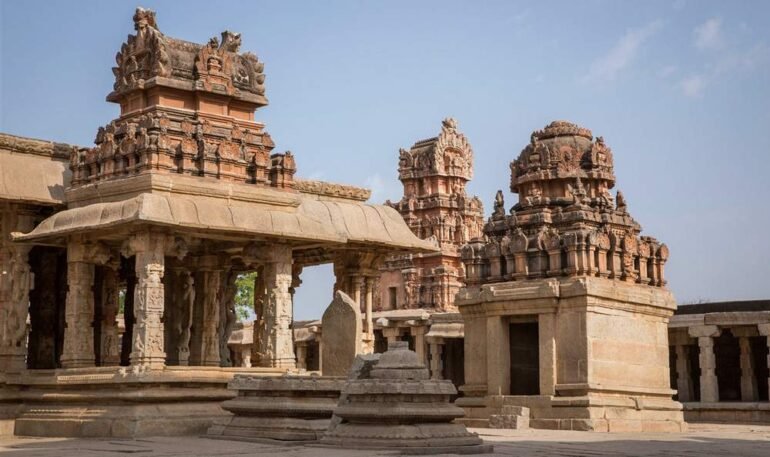 Krishna Temple also is known as Balakrishna Temple in Hampi is listed in the World Heritage Monuments List by UNESCO which was built by the King Krishnadevaraya of the Vijayanagara in the year 1513 A.D. The temple is dedicated to Lord Balakrishna which is also known as the form of Lord Krishna when he was an infant. The temple was erected in honor of winning the battle of Utkala or the eastern reign of Udayagiri.

The temple was built over the winning of the Utkala battle and was solely dedicated to Bala Krishna and it’s one of the few temples where stories of Puranas were carved on the walls of the temple and its main tower. The remnants of this location are a testament to the existence of the extinct civilization of the great Vijayanagara Empire in the ancient days.

However, the temple is one of the monuments in Hampi which was inscribed on the World Heritage list in 1986 but then later on in 1999 it was placed on the World Heritage Danger List due to insufficient maintenance and infringement. Some of the famous travelers from the Middle East and Europe were fond of this place and visited here multiple times during the Vijayanagara Empire.

The temple is famous for its elegant architectural designs and exquisite carvings that are present on the monument. The structure is enclosed with two concentric walls which are built in the center of an enclosure, which measures around 88 and 60 meters in length and breadth respectively. This temple is also famous for the huge gateways which are located at the north, south, and east sides.

The main tower which is located on the east side of the temple is an impressive sight with numerous carvings on it there are representations of the Dashavatar which is known as the 10 incarnations of Lord Vishnu, as well as scenes from the Ramayana and the Krishna Leela. An impressive sight here is the huge stone hundi (or collection box) which has survived intact through the years. 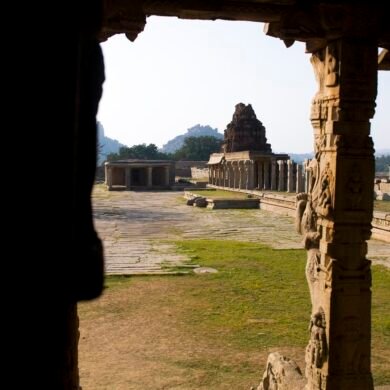