KIOCL bags approval for mining in forest land in Ballari 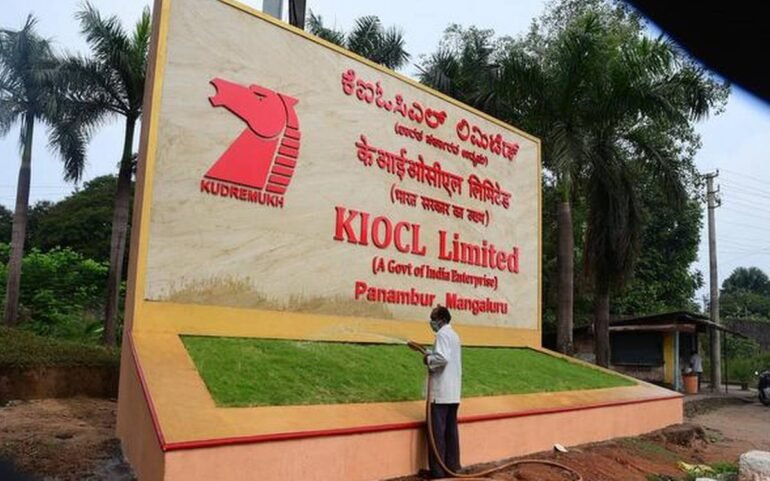 The company has received a Stage-1 approval from the Ministry of environment, forest and climate change (forest conservation division), the government of India for diversion of 401 hectares of forest land for iron ore and manganese ore mining in Devadari Hill Range in Swamimalai block forest, Sandur taluk in Ballari district.

Steel ministry undertaking KIOCL Ltd has crossed a major hurdle in its race towards winning a captive iron ore mine after 17 years. Once the mining commences in this region, KIOCL is expected to generate direct employment to around 500 persons and indirect jobs to 1,000 persons.

KIOCL announced that the Ministry of Environment, Forest and Climate Change (Forest Conservation Division), Government of India vide its communication dated 24 June 2021 intimated that the Central Government has accorded Stage-I / In-principle approval under the Forest (Conservation) Act, 1980 for diversion of 401.5761 hectares of forest land for Iron Ore and Manganese Ore Mining in Devadari Hill Range in favour of KIOCL, subject to the conditions mentioned in aforesaid communication.

This includes 388 hectares for mining and 13.5761 hectares for building approach roads. KIOCL gets Stage-1 approval for the diversion of forest land for mining in Ballari.

The company, which operates a 3.5 million tonne per annum iron pellet plant at Mangaluru had stopped mining at its earlier captive mines in Kudremukh hill range in Chikkamagaluru district in 2006 after a Supreme Court order prohibited mining in the eco-sensitive forest area.

Since then, the export-oriented company has been sourcing iron ore from NMDC’s mines in Chhattisgarh to run its pellet plant. KIOCL had made its application to the state government in 2017 for the allotment of captive mines in the Devadari hill range under the reservation quota available for public sector mining companies.

It has already prepared the mining plan. The proposed mining area is estimated to yield a total of 33.53 million tonnes of iron ore. To begin with, the company plans to generate half a million tonne of iron ore and scale it up to 2 million tonnes per annum over a period of five years.