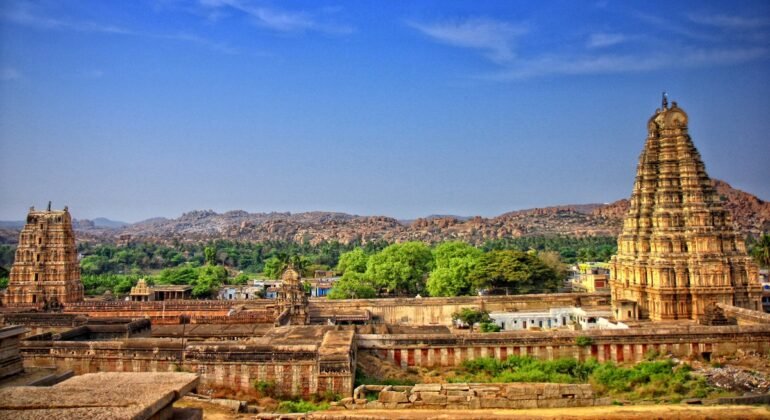 The world heritage site Hampi was closed for over two months due to the Covid-19 imposed lockdown. Tourists have started to visit Hampi after the lockdown restrictions were lifted in the last week of June.

The Union Government had decided to open the sites managed by the Archaeological Survey of India (ASI) from June 16, But Hampi remained closed for a few more days as the Total Positivity rate (TPR) was above 5% and hence the World Heritage site remained closed. On June 24, the restrictions were lifted and the movement of tourists was allowed since then.

Yet, footfall remained unimpressive as restrictions as the administration continued with the curfew on weekends. As per information provided by ASI, 365 tourists bought tickets at the Lotus Mahal counter and 422 at Vittala Temple counter in the first three days after the reopening.

There were several instances of tourists from Maharashtra, Telangana and Andhra Pradesh, who were unaware of the weekend curfew, returning without being able to enter the site.

Hampi is like an open museum of monuments scattered in a large area on the bank of the Tungabhadra river. It is difficult to visit all the monuments on foot. However, the COVID-19 scare is such that many tourists prefer to visit the sites on their own instead of hiring a guide to minimise interaction while travelling from one monument to the other.

The removal of the weekend curfew on July 3 has triggered enthusiasm among the people who were locked up in their homes for months. The pleasant monsoon breeze under a cloudy sky has made Hampi even more attractive.

As a result, the daily footfall went up considerably on the weekend. Tourists were seen at all the major attractions, including Virupaksha temple, Vittala temple, Lotus Mahal, elephant stables, queen’s bath place and Mahanavami Dibba.

The increase in the arrival of tourists would be a welcome sign for the local economy, which was hit hard by the COVID-19 lockdown. It has raised the hopes of all the people who were dependent on tourism activities – taxi drivers, tourist guides, hoteliers, home-stay operators, shopkeepers, and roadside vendors. 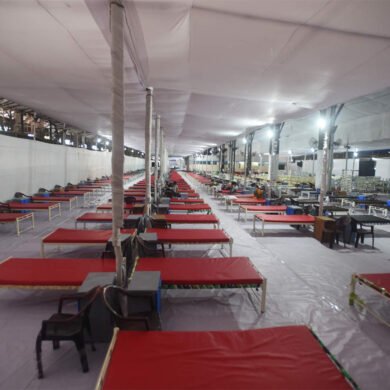 JSW to build 1000 Bed Hospital for Covid at Ballari