Blindness-free Ballari was launched in the Ballari district with the objective to monitor all residents of the district for eye-related conditions and provide free medical care to those suffering from these conditions, as well as raising awareness about preventative measures. The district administration of Ballari has been using a portion of the Corporate Social Responsibility (CSR) funds provided by the government-owned National Mineral Development Corporation (NMDC) to wage a decisive war against blindness in the district.

The Blindness-free Ballari program was the brainchild of IAS officers S. S. Nakul, a former Deputy Commissioner for Ballari, and Nandini K.R., a former Chief Executive Officer of the Ballari Zilla Panchayat, envisioned visiting around 3,26,406 houses and testing around 15,71,416 persons in the district. Additionally, it suggested giving free cataract treatment and eyewear to people with eye problems.

An agreement to provide eye services was signed with Nayonika Eye Care Charitable Trust using the $4 crore CSR fund that the NMDC provided. To carry it out, a committee was established, with Mr. Nakul serving as chairman and Ms. Nandini serving as co-chairman.
Along with senior ophthalmologists from the Nayonika Eye Care Charitable Trust, the committee’s members included senior officials such as the District Health and Family Welfare Officer, District Blindness Control Officers, eye specialists from the Vijayanagar Institute of Medical Sciences (VIMS) and district hospital, as well as Taluk Health Officers.
At the committee’s first meeting on December 10, 2020, it was decided to implement the plan in stages, starting with the 30 lakh residents of Ballari and the surrounding area, with a particular focus on the over 2.5 lakh slum inhabitants in Ballari city. It was agreed that all patients, regardless of their financial situation, would receive eye care.
Expanded in 2021 to the entire populace

On November 18, 2021, the committee agreed to expand the campaign to include everyone. A year had passed. In order to implement the initiative in the Ballari, Siruguppa, Sandur, Kurugod, and Kampli taluks, memorandums of understanding were signed with four charitable trusts and civil society organizations that were actively involved in delivering eye care services.

The most recent figures state that about 9 lakh persons have been tested, and over 2 lakh houses have been visited. Eye-related illnesses have been identified in about 28,000 persons. 3,726 cataract operations have been carried out, and 17,904 patients have received eyeglasses. Over 92,000 school-aged youngsters have also been checked as part of the special push, and 1,021 of them have received free eyeglasses.
Benefit for women from urban slums and countryside
In an interview, Deputy Commissioner Pavan Kumar Malapati credited Mr. Nakul with the initiative’s success.

“S.S. Nakul conceptualized the idea in its entirety; I am merely carrying it out. The National Programme for Control of Blindness and Visual Impairment, which targeted a specific demographic, was already being successfully implemented in the area, but the Blindness-free Ballari program was unique in that it called for screening every resident of the district. The project benefited women who would not have otherwise received care for their eye conditions, especially those from rural villages and urban slums, according to Mr. Malapati.
Mr. Malapati believes that the program needs to be made available to the entire state. “At a cost of about 4 crores, the whole population of one district could be examined and treated. We may require somewhere in the neighborhood of 100 crores, which is not a large sum for the State if the same program is expanded throughout the entire State. We must pursue it if a tiny investment may lead to such a significant accomplishment, he said. 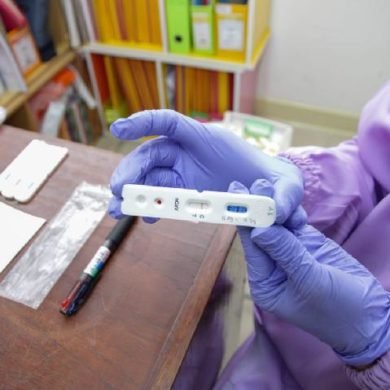