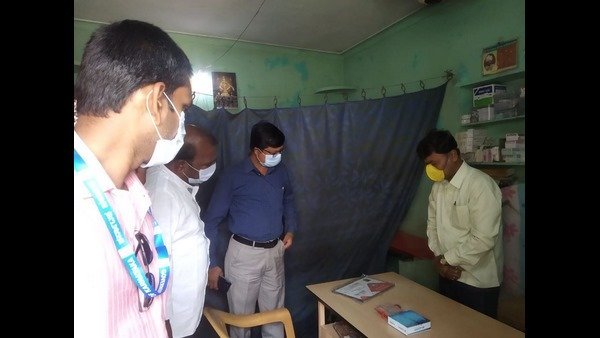 A fake doctor who was treating people and using steroids with a fake certificate was found and detained last week. The accused has been handed over to Bellary Rural Police and has been instructed to investigate.

On 16th of April, a team led by Bellary Tehsildar Nagaraja and Taluk Health Department Officer Abdullah spotted a fake doctor. The fake doctor’s clinic in Bellary taluk has been closed.

Somashekhar was treating people with fake certificates and fake identity cards. The use of steroid and over-the-counter medicine has come to light.

No Certificate of Operation of Karnataka Medical Association. Somashekhar has been handed over to Bellary Rural Police and has been instructed to file a case.

The police are investigating the doctors giving over-the-counter medication and then taking legal action.