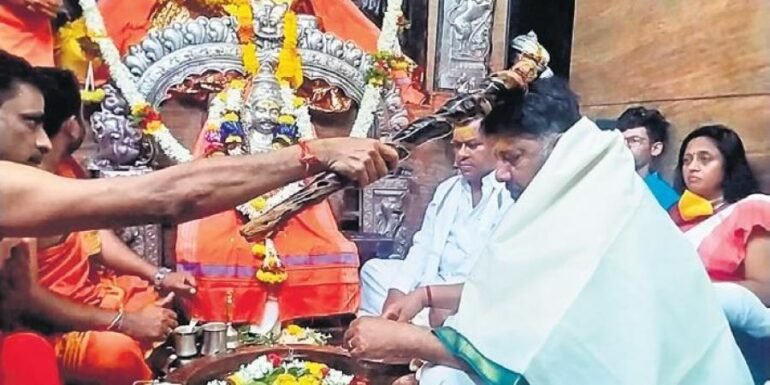 KPCC President Shivakumar Friday offered a helicopter replica to the famous Mylaralingeshwara temple in Hoovina Hadagali of Bellary district.
He said that in 2017, he had flown in a helicopter to visit the temple. “I subsequently came to know from the swamis and spiritual advisors that this is not a done thing and therefore as an offering gave this in penance,” he said after a darshan at the temple. The helicopter replica in silver weighs a little over a kilogram.

Defending the move to offer the chopper replica in silver, Shivakumar said that religion and beliefs is an individual matter and is between the believer and God.

“Unknowingly, I visited the holy place in a chopper. Later, I came to know that I had committed a mistake by doing so. Our party workers and leaders have already performed puja to the deity seeking blessings and a resolution. As per the wishes of party workers, I again visited the temple and offered prayers and asked Lord Mailarlingeshwara to forgive me. One of my party workers has donated a silver helicopter model,” Shivakumar said. 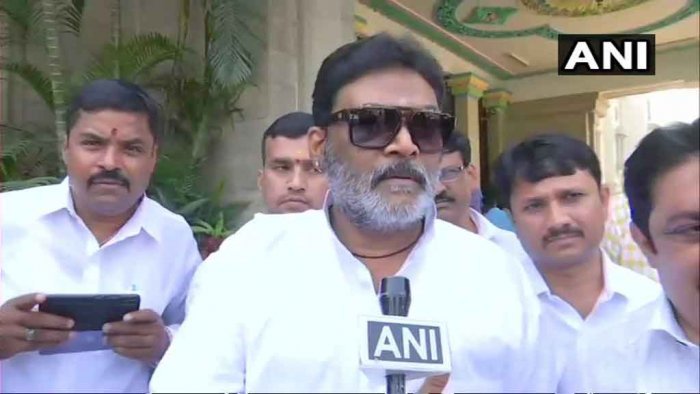 “I am feeling better”, says Anand Singh at Budget Session.